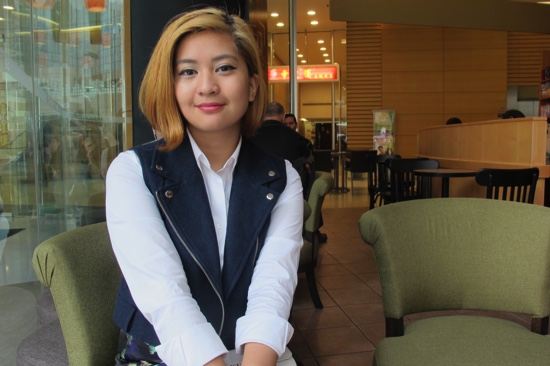 Almost five years ago, when fashion bloggers started to rival traditional magazines in Europe and the United States, Macau-born Carla Florendo started her own website, which first detailed art in general, and is now solely dedicated to fashion (carlaviolet.com).
The creator of “Little Miss Violet,” Carla Florendo, acknowledges that her ultimate goal is to make a living from her blog. “Initially it wasn’t really about fashion. What I wanted was to include all my hobbies in one website. So it was about art… I liked to draw and also made my own clothes before (…) but the more I tried to create content for the blog, it seemed fashion was the one that stood out,” Florendo said in an interview with The Times.
Fashion bloggers first started to be recognised as an important part of the industry back in 2010 and 2011. “As New York Fashion Week gets under way, fashionistas will be relying less on magazines and more on bloggers to tell them what they’ll be wearing come spring,” the BBC reported in 2011.
While in Europe and the United States, fashion bloggers have already proven vital to the fashion industry, in Macau the fashion blogging scene is still developing.
“When I started I looked through mostly international blogs and I wanted to achieve that standard, but nowadays – because the fashion industry is booming in Hong Kong, Macau and the rest of Asia – I am trying to focus on adapting my blog to the local market,” said Carla.
Meanwhile, the young blogger is also trying to succeed in Hong Kong by meeting fellow fashion bloggers and new designers. “I have been attending events in Hong Kong and am hoping that the industry in Macau will also be able to evolve,” she stressed.
Carla acknowledged that her readership still draws mainly from the United States and Europe, although she’s positive that “Macau and Hong Kong, as well as the whole Asian market, have potential.”
“Right now it’s about 70 percent readership from overseas countries and 30 percent local, but I am trying to shift that,” she said.
Carla works for a consultancy company providing services to Wynn Macau. For now, blogging is still a job that she can only focus on in the late evening after work, but Carla’s goal is to make a living out of fashion blogging.
“Ultimately, that’s the goal. But I don’t think it will happen any time soon,” she noted. She added that, “if I were in the US or in Europe, maybe that would be a lot easier because I see a lot of bloggers doing that right now. They are just full-time bloggers. I think probably in Hong Kong as well. But in Macau I don’t think it will happen any time soon.”
Currently Carla feels as if she is working “two full time jobs at the same time,” as blogs tend to require a large amount of work to maintain.
“I work 9am to 6pm at the office. The evening is the only free time I have to blog. But blogging is not just about taking pictures and posting them. You have to think about the content, what to write…editing the pictures takes a lot of work too. Also putting on clothes, matching the clothes and coming up with the outfits … all of that takes time. I put in a lot of effort and it’s like a second job to me,” she acknowledged.
Carla said she feels inspired mostly by other fashion bloggers in Europe and the US. “I really love European street style as it’s not very common, it has a lot of layers and colors. But for summer I always look up Los Angeles-based bloggers, because I love the style in California. It’s a very laid-back style,” she recalled.
Although acknowledging that she doesn’t draw much inspiration from Macau, Carla stressed that the local fashion industry has recently begun to change. “I think people here are opening up to new styles, so I think it’s improving. Also, before if I were to mention fashion bloggers, people wouldn’t know what I was talking about, but now I think the mindset has become more open,” she added.
Nevertheless, people in Macau are still drawing inspiration mainly from Korean-style clothing. “It’s very feminine, a lot of pastel colors and light materials, so it’s very creative. It’s mostly about Japanese and Korean fashion. But it will probably change in a few years as we start to have all the international brands coming in,” she said.

Local fashion blogger Carla Florendo has landed a job as a contributor with a Las Vegas-based magazine, titled “Mogul 18,” to be launched this summer. “They contacted me last year to become a contributor. They moved the launch date to this summer. I wrote a couple of articles for them, and then we signed a contract,” she said, adding that, “it’s a big deal for me because it’s a way to start monetizing the blog.” “If my ultimate plan is to have a job out of the blog, this way I will be half-way to reaching my goal,” she acknowledged.