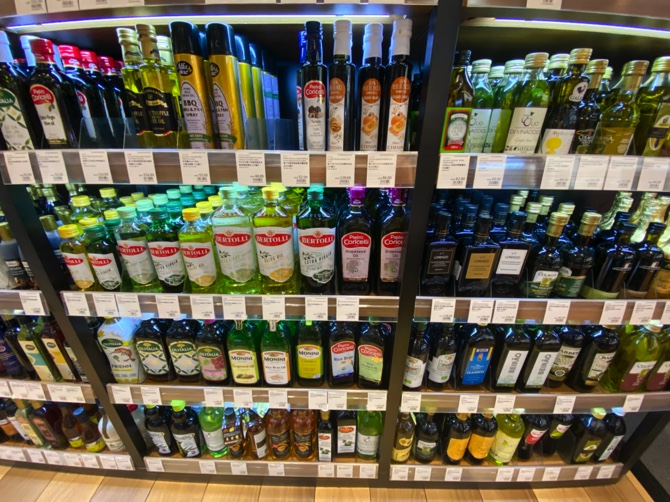 Local authorities see no significant harm in the composition of some cooking oils that are commonly on sale in Macau and Hong Kong.

In a response to an inquiry from the Times, the Municipal Affairs Bureau (IAM) said that,  “At present, the Codex Alimentarius Commission (CAC) [the international food-standards setting body established by the United Nation’s Food and Agriculture Organization and the World Health Organization] has not set standards for the maximum levels of glycidol, benzo[a]pyrene, and plasticizers in edible oils,” adding, “According to risk assessment analysis, the edible oil samples randomly collected this time have a low chance of causing an adverse effect on public health when consumed normally.”

Nonetheless, the IAM advises the public to maintain a balanced diet and to avoid the excessive intake of pollutants and other substances that may result from unbalanced diets.

The bureau in charge of local food safety also advised the population to “frequently change the type and brand of cooking oil to maintain food diversity.”

The case surfaced after the Consumer Council of the neighboring region of Hong Kong (CCHK) announced it had found “Harmful contaminants” in 90% of an assortment of 50 different cooking oils sampled, as well as “genotoxic carcinogens in almost 60%” of the same sample.

According to the CCHK report, from a recent test of 50 samples of cooking oil, 47 samples (94%) were found to contain one or more types of harmful contaminants, amongst which 40% (20 samples) were found to have three contaminants or more.

The independent statutory authority in Hong Kong also pointed out in the same report that almost 60% (29 samples) were found to contain the genotoxic carcinogen glycidol, while in two cases, the level found exceeded the European Union’s (EU) standard.

Expressing additional concerns, the CCHK also noted that two other samples tested “were found [to contain] another genotoxic carcinogen – benzo[a]pyrene – of which, one sample’s detected amount exceeded also the EU standard.”

Plasticizers were also found in samples, with one sample showing a plasticizer level exceeding the action level of the Centre for Food Safety (CFS) and the EU’s upper limit.

From the total of 50 sampled cooking oils, only three were found not to contain any contaminants.

According to the same Hong Kong consumer watchdog, 60% of the samples contained 3-MCPD, a potentially carcinogenic chemical. Lui Wing Cheong, vice chairman of the CCHK research and testing committee, said that exposure to the chemical over a prolonged period had adversely affected the kidney functions, central nervous system and male reproductive system of laboratory animals.

Even if the levels found were said not to exceed the EU safety standards, Lui expressed concerns about this presence.

The IAM also said that it will continue to pay attention to the actions taken by CAC and the international community on the regulation of various pollutants and plasticizers and adopt corresponding measures.

“When food safety risks are found in food, measures such as issuing food warnings to relevant importers, retailers, etc. and publishing press releases to notify the public and the industries will be adopted to prevent the spread of risks and maintain food safety in Macau,” IAM said in the same written reply to the Times.

When contacted by the Times, the local Consumer Council (CC) informed in a written response that, “In the event that food or goods […] being sold in Macau are suspected of possibly harming the health and safety of consumers, the CC will promptly notify the competent services for follow-up.”

Therefore, regarding the edible oil test report released by the Hong Kong Consumer Council, “the CC immediately implemented the reporting mechanism by forwarding the respective report to the Food Safety Department of the IAM,” the bureau stated.

The CC added that, in compliance with its duties, it “carries out testing, research and studies on the quality and safety of food and products, as well as exchange information on food safety with consumer organizations in the neighboring regions through the cooperation agreements established, providing guidance and advice to consumers.”

So far, no government departments have issued any warning to the population on the case reported in Hong Kong in mid-July. None of the departments’ replies provided a concrete response about whether the products considered to be more harmful were ever imported into Macau or are currently on sale in local food establishments.

Times investigation did not find the goods on sale

Having carried out an investigation into the topic, and following the indications of the CCHK for the products that were considered to have more problems, the Times researched a dozen local food stores and supermarkets but did not identify any of these products on sale.

On one occasion, a salesperson from a store located at Senado Square was said to have had one of the products on sale previously (that is, SuperFoodLab coconut cooking oil) but it is now out of stock. She said she was unaware whether the product had been removed from the shelves following any guidance from food safety authorities.

In a report from Hong Kong’s South China Morning Post, importers and agents from the mentioned companies/goods have said that the products are compliant with the rules and regulations of the countries of origin as well as with HK requirements, adding that the nutritional content of the products tested was also consistent with the label information.

In a statement to the same media source, CCHK chief executive Gilly Wong also noted that consuming regular amounts of these oils would not impact a person’s health “too much,” while adding that it was best for one’s health to consume less of those products containing chemicals such as glycidol and benzo[a]pyrene.

“For glycidol and benzo[a]pyrene, there are no recommended tolerant levels. But the less you absorb, the better it is for your health,” Wong said, adding that, according to several studies and research conducted by animal testing, these chemicals can cause cancer.