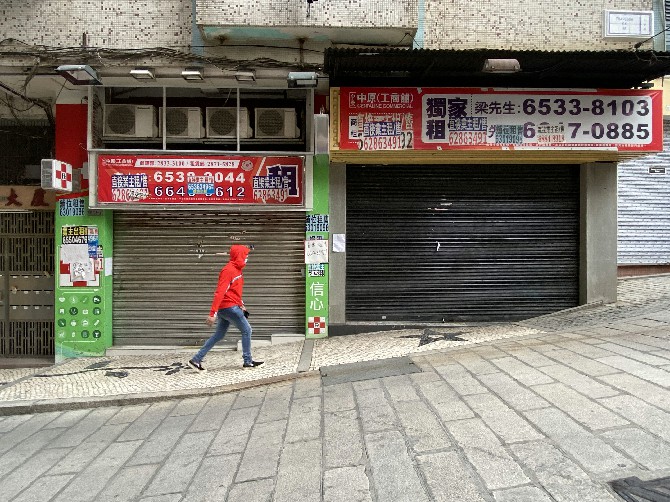 Small businesses and neighborhood shops closing; housing tenants returning their apartments due to their inability to pay rental fees – these are just some examples of what is occurring in the daily lives of local property agents in Macau as early as January.
According to Leong and Ho, two local property agents with agencies in the Guia Hill district that are dedicated almost exclusively to property rentals in this area of the city, 2021 seems to portend even darker days than 2020.
“Since the year started [2021], I have been receiving requests for contract termination every single day and more than once per day,” Leong told the Times.
“My phone does not stop ringing and 90% of the calls are from either small shop tenants that are closing their shops and want to terminate their [rental] contracts or homeowners asking me to check on some tenants as they are failing to pay their rental fees – some for several months,” she added.
In just the first two weeks of the year, she claims to have lost as much as one-third of all the contracts she has been handling at her agency, a job that she has been doing in Macau for more than 20 years.
When asked about which business sectors and people have been affected by this wave of rent-related issues, she gives some examples. “This one here [showing a contract copy] is from a small shop right in this street in front of my office. It is an IT-related business, they are asking to terminate the contract at the end of this month. This other one is also from a small, family-
style business. They just have two or three people working, they do food distribution [take-away]. They are closing from February 17 and I have many others, all [of the papers in the pile] you see here are people wanting to terminate contracts,” Leong said, gesturing to a stack of contract copies to the side of her desk.
“I believe this year will be much worse than the previous one,” she said. “There were many small businesses that were still holding on throughout last year hoping that things would improve this year, or that they would get some support. But now, they have lost hope. Last year, the government [provided support following the initial impact of the Covid-19 crisis] by giving people some financial help. But this year, apparently there is nothing and people are getting desperate.”
With Leong’s help, the Times also reached out to another property agent operating a few blocks away, surnamed Ho. Ho confirmed having similar issues to Leong, adding that aside from commercial rental problems, there is a growing problem regarding housing.
“In my agency, I am experiencing several issues related to housing rentals, mostly involving people working in security and cleaning companies that are coming to me to [reclaim] their apartments because they say they cannot afford the rental fee,” Ho said, adding that they claim their salaries have been reduced to 30 or 40% of the contracted amount.
“I believe them, as they seem to be very desperate and some of them have inclusively presented written documents [declarations] from the companies acknowledging the fact,” Ho said. She noted that such individuals were “moving in” with other work colleagues, remarking that “maybe from three previous apartments they are all moving to just one.”
Just as with Leong, Ho also claims to have received many complaints from landlords demanding the payment of outstanding rental fees since late November last year.
“Sometimes when we go to these houses and we cannot find anyone. There are a lot of personal belongings left behind and we cannot confirm if the tenants are out of Macau and cannot return or if they just moved to another place. We do not even know what to do with their belongings like clothes, furniture, kitchen appliances, and others,” said Ho. “Sometimes the owners [of the apartments] put them up for sale in an attempt to get back some of the lost rental fees but we know that this [practice] is not even legal without the consent of the tenants. It is a very confusing situation for everyone,” the agent concluded.