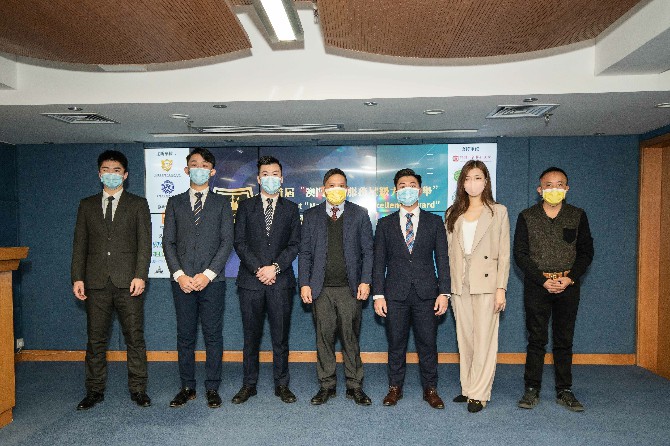 The Organizing Committee of the Macau Service Excellence Award

A new award, named the Macau Service Excellence Award, will be given to celebrate local efforts for improvement amid the impact of the Covid-19 pandemic, and invites the local population to choose their favorite service providers.
The pandemic has grounded many people around the world, elevating technology to an unprecedented priority. Wong Tak Cheong, President of the Macau Domestic Service Industry Association, recapped that no local industry has been able to survive the pandemic-induced economic downturn untouched.
He also hoped that local entrepreneurs will open up to e-services, promotions and payments, as part of the continual progression of business. He stressed that it will be cost-effective and more efficient than traditional methods.
As introduced by Bosco Lei, President of the organizing committee of the award, there was a nomination period for interested businesses to register themselves for the event. The period started in November last year and ended January 10 this year.
At the conclusion of the nomination period, the committee had received more than 1,000 nominations, covering seven categories of services, namely cleaning, repairing, decoration and interior design, logistics, cosmetics, hair styling and motor services.
After processing the nominations, during which repeated and uncomplete nominations, as well as closed businesses were cleared out, 606 businesses remained and have entered the voting phase of the award.
Voting begins now and will run until 6 p.m. on February 5. The voting process will only accept votes from those using devices that have IP addresses in Macau. The results will be announced on February 10.
Individuals who are interested in picking their preferred businesses can do so with their WeChat instant messaging app, by logging into the public account of the award. Voting booths will be set up in several locations across the city to assist people with casting their e-ballots.
An individual can cast one vote for each category each day.