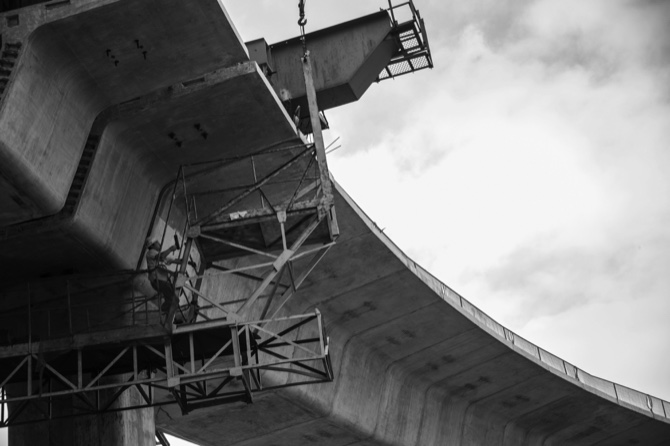 The Legislative Assembly (AL) yesterday voted against a proposal from lawmakers Ng Kuok Cheong and Au Kam San to have an audit of the entire situation relating to the Light Rail Transit (LRT) project.

In the proposal, the lawmakers wanted not only to have a debate session with the Secretary for Transport and Public Works and other responsible persons for the projects but called for a full audit with both the current and former officials since the project’s birth. The lawmakers argued that the audit was needed in order to understand what exactly happened to cause so much delay and budget slippage.

Claiming that the many questions and spoken enquiries from AL lawmakers have not obtained a satisfactory reply from the government, Ng and Au were proposing this time to establish a commission to audit the whole project as a way to ascertaining the problems.

The proposal was met by the majority of the legislators with a vote against. Several of the lawmakers justified their vote by saying that the government has been replying to the many questions on the topic.

One such lawmaker was Ma Chi Seng, who noted that the Commission Against Corruption (CCAC) has already issued reports on the topic and even the Final Instance Court has pronounced on some particular cases, saying, “I don’t think we need to insist more on this.”
A similar position was expressed by several others including Leong Sun Iok, Ella Lei and Song Pek Kei, who added that the current follow-
up committee can perform this task without the need for an audit.

Sulu Sou was in favor of the proposal of Ng and Au and, replying to the opinion of Ma, said: “We have been asking… But there were no concrete replies. Maybe this audit will be the right method to know exactly what is going on. As far as I know the audit method was never used on the government. Maybe we should try.”
Besides the three democrats, lawmaker Agnes Lam was also in support of the proposal. In her vote declaration Lam explained that the topic was of “public interest,” adding, “the budget doesn’t stop hiking and there are few explanations.”