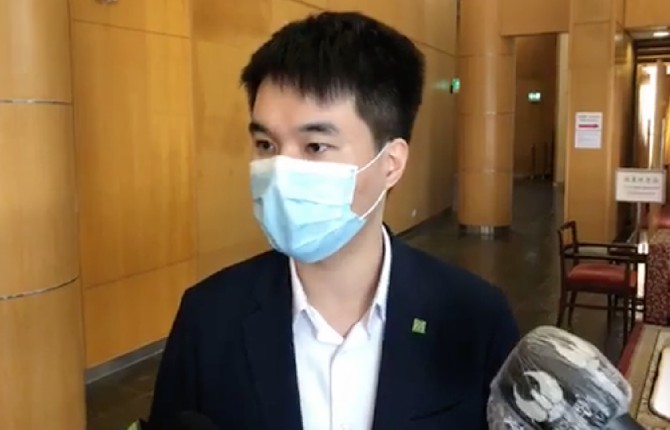 The Macao Foundation has been working to improve its subsidy approval process by requesting that sponsored organizations submit forms with improved designs, according to Ng Chi Leong, Chairman of the Administrative Committee of the Macao Foundation.
During yesterday’s Legislative Assembly, lawmaker Sulu Sou asked the Macao Foundation to improve the transparency of subsidy approvals.
The request comes after the New Macau Association, of which Sou is a member, called on the public body to increase its transparency when distributing financial grants.
Earlier, the Audit Commission released a report uncovering subsidy errors by the Macao Foundation. The report pointed out that there is no legal requirement for the Macao Foundation to review the profit and loss reports submitted by subsidized entities, considering the large number of entities it subsidizes per year.
The report revealed that many associations subsidized by Macao Foundation delayed submitting reports disclosing the details of the subsidies.
Although most of the reports did not lead to discoveries that any of the subsidy policies had been violated, some dishonest organizations were still given more subsidies after the failure to report on previous subsidies.
Yesterday, Sou requested that the foundation publish more detailed subsidy reports. The lawmaker also wants the report to include accounting records to show how the associations have used the subsidies.
Sou proposed that when an entity receives an excessive number of subsidies from public organizations, that entity should publicize the subsidized projects’ details.
The Macao Foundation should be one of the key organizations under the government’s watch when it comes to subsidies, he said. The public asset monitoring and planning authority, under the leadership of former Secretary for Administration and Justice Sonia Chan, is particularly called upon to carry out the relevant work.
A new law specifically related to public fund monitoring is the solution for the problem, according to Sou.
In response, Ng said that the foundation has been working to improve, including by “encouraging the associations to write better reports, […] in the correct format, and to submit them on time.” However, these measures have only been encouraged rather than enforced.
The foundation has not enforced any penalties for organizations submitting reports after the deadline, and frequently extends the deadlines.
Sou believes that his questions were not answered and was disappointed by the fact that government officials were not present at the AL to reply to his questions.
Citing a former insider at the Macao Foundation, Sou said that an application would be given a higher subsidy if the foundation simply mentioned the phrase “Greater Bay Area,” a recent policy initiative to promote closer political and economic ties between Hong Kong, Macau and nine mainland cities in the Pearl River Delta area.
Between 2001 and 2019, the Macao Foundation distributed 6.7% of its funds to non-local entities. The most controversial case involved a 100-million yuan donation to Jinan University announced in 2016, to be used in part for the construction of two dormitories for students from the special administrative regions, according to the Macao Foundation.