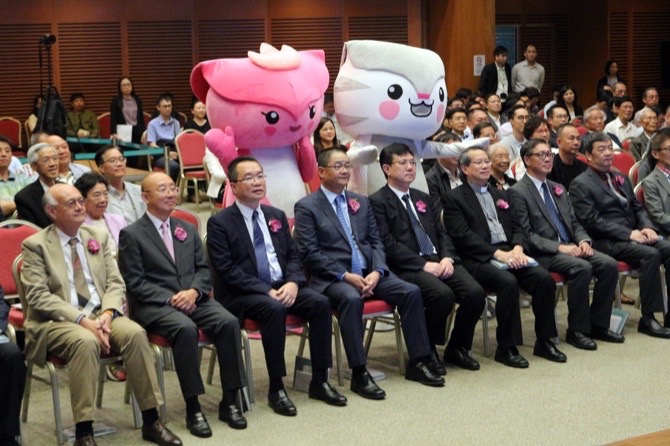 The Macao Foundation (FM) yesterday officially launched a new website seeking to preserve and archive Macau’s local culture and history, which will show to the outside world that the SAR has more to offer than just gaming.

The website, the result of work that started back in 2012, would have been impossible to achieve without the support and help of several sectors across society, the president of FM said in the opening of his speech.

Wu noted that over the years, Macau has been known for its gaming industry, but with the efforts of all the institutions and people that collaborated over the creation of the new website, Macau can now also be known for its cultural resources and cultural interchange among different peoples.

In a long speech giving opportunity for Wu to make many references to “the youth,” the “love for Macau and the country” and the “importance of Macau in the context of the history of China,” the president of the FM appeared to be directing some of his remarks at the current situation in Hong Kong.

In one of those remarks, Wu said, “the history and culture of Macau are its treasures that deserve continuous discovery and disclosure because on them is embedded the ‘spirit of the city’, which is made of tolerance, pluralism, solidarity and social harmony.”

Wu also noted that the “Memória de Macau” (Macau Memory) is a platform that besides being a showcase of historical and cultural elements of Macau, is also a “part of the ‘China Memory’ project.”

Continuing to remark on the importance of the historical background for Macau, Wu added, “presented here today electronically, the documents, maps, pictures, collections, sounds and videos will not disappear with the internationalization of Macau and will be kept within the ‘one country, two systems’ [constitutional principle].”

“A nation has no future if it loses the memory of its past,” added Wu in patriotic fashion, and “a city only finds its soul if its residents recognize its collective memory.”

Closing his speech, Wu remarked once more on the topic of “social stability,” as a decisive factor to be cherished by all the residents of Macau.

“The success of Macau comes from the fact that the residents of Macau know their roots, as well as where they stand now and to where they are heading. This is the feeling that allows them to continue to live in this place and live together with others; keeping social stability and allowing prosperity.”

Then, in a speech far less politicized, the former director of the Center for Ethnic and Folk Literature and Art Development of the Ministry of Culture and Tourism of People’s Republic of China, Li Song highlighted the “amount of work” needed to put the website into force and the contribution of several sectors in Macau, including culture and education, among others.

The former Ministry official praised the work noting that it “opens a new perspective for the study of the culture and history of the city.”

The Vice director of the Association of History and Education of Macau, Chan Hou Tong, noted the website as a “great resource to teachers, students, and researchers.”

Together with the launching of the website, the FM has launched an exhibition at the Macao Science Center to present some elements of the website and attract visitors to navigate through it. The exhibition will be on display until September 3.