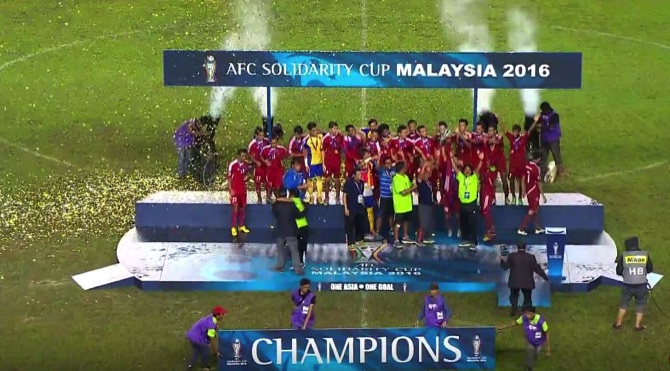 The Macau football team has been defeated in the Asian Football Confederation (AFC) Solidarity Cup final. The team was defeated 1-0 by Nepal who, as the tournament winners, proceeded to lift the AFC Solidarity Cup 2016 after the match in the Sarawak Stadium in Kuching of Malaysia last night.

According to Kathmandu Post, it was “an exciting final” to the international tournament, while The Himalayan Times wrote that Nepal “completely dominated” Macau in both halves of the match.

The winning goal was scored by Nepal’s Sujal Shrestha in the first half of the game.

The title is Nepal’s third international victory this year, having won the Bangabandhu Gold Cup in Bangladesh and the SAFF Games men’s football gold medal in India. Meanwhile, on Monday evening Laos defeated Brunei Darussalam 3-2 at the Sarawak Stadium, to secure third place in the Asian tournament.

The AFC Solidarity Cup is an international tournament created for countries that lose the first qualifying round of the 2018 World Cup or the second play-off in the 2019 AFC Asian Cup qualifiers.