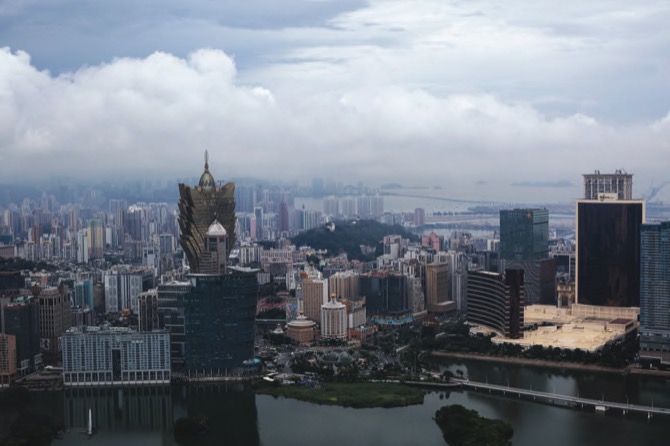 Macau has entered into a recession after data from the government showed a second consecutive quarter of economic decline.

According to data released by the Statistics and Census Service (DSEC) on Friday, the economy of the special administrative region contracted by 1.8% year-on-year in the second quarter of 2019, following a 3.2% contraction in the first quarter. For the first six months of the year, Macau’s economy is down 2.5% compared to a year earlier.
DSEC attributed the contraction to a year-on-year decline in gross fixed capital formation, which plummeted 25% in the second quarter. Meanwhile, the export of gaming services slid 0.8% year- on-year and the export of goods dropped 24.4%.

The Office of the Secretary for Economy and Finance said in a statement that the local economy is expected to remain in recession for the rest of the year.

“Given the incessant increase in external uncertainty, it is expected that the local economy will continue to experience recessionary pressure during the second half of this year,” the Office of the Secretary noted.

The statement also said that the government would monitor the impact of the recession on Macau across the second half the year, particularly in the employment market. If necessary, it will intervene.

The International Monetary Fund (IMF) has lowered its growth expectations for 2019 and 2020 several times this year, citing the worsening conditions of the China-U.S. trade war. As a small economy reliant on Chinese visitation and a currency indirectly pegged to the U.S. dollar, Macau is highly vulnerable to shocks within the world’s two largest economies.

Prior to 2019, Macau had enjoyed consistent growth for three years, led by a recovery in the city’s dominant gaming sector. The city experienced three consecutive years of annual decline between 2014 and 2016 that wiped more than a third off yearly gross gaming revenues at its lowest point.

In 2013, the casino sector directly accounted for over 63% of the total economy, while today it accounts for about half, indicating a diminished reliance on gambling revenues.

Gross gaming revenue declined 0.5% year-on-year during the first half of 2019, according to data provided by the Gaming Inspection and Coordination Bureau.

The IMF warns that the Macau economy faces several medium- term risks, including the diminishing spending power of mainland tourists and the possibility that gaming revenue tax, which provides the bulk of government income, will be unable to keep up with mounting social welfare costs incurred by an ageing population.