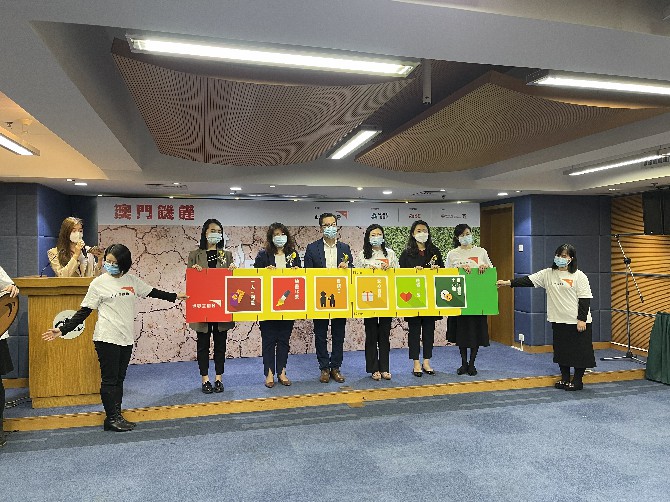 The Macau office of international charity body World Vision yesterday announced its series of events for 2021, which will revolve around the Macau Famine.
The Macau Famine is derived from the famous namesake activity in Hong Kong. In the Hong Kong version, participants enter a site similar to a hostel camp and stay in the venue for 30 hours. During this time, they are not allowed to eat any food but are allowed to drink non-alcoholic liquids.
The event was started in the attempt to allow participants to experience the hunger felt daily for an extended period of time by people living in poorer countries.
The calendar of events begins on February 23 and will last until May 16. Among the six events in the program, two are not only related to fasting, but also have the term ‘famine’ in their names.
Between February and May, on any date, interested entities can register with the office to conduct a ‘famine meal,’ in which participating members of these entities can skip one meal as a gesture to show support to the event.
Furthermore, on May 16, World Vision’s Macau office will organize a collective famine event. Individuals who are interested can register by April 30. On the day of the event, participants will gather at a place and fast for 10 hours.
Participants in the latter event will receive one of two types of suitcases when they raise donations of either MOP3,000 or MOP5,000. The suitcases are donated by Coca-Cola.
During the early phase of the program, there will be a red-packet donation initiative. The organization invites students and members of churches to donate a red packet from their Lunar New Year receipts to help provide emergency food, nutrition and livelihood assistance for the needy. The top fundraising organization and the organization with the most participants will be awarded.
Meanwhile, March 27 and 28 are ‘flag days’ of this year’s program. Individuals can either volunteer for the event or support by making donations. Flag posts will be stationed at several populous locations across the city.
The office also invites local schools to participate in a “School Famine” activity, in which school children skip one meal and become familiarized with hunger and poverty through famine talks, workshops and a Rich and Poor Banquet. Schools are also encouraged to organize their own fundraising activities to support starving children.
All events involve donations. Proceeds generated from this series of events will support operations by World Vision in Zimbabwe, South Sudan and Somalia.
Amelia Che, Macau Office Director for the organization, noted in her speech that about 250 million people are faced with starvation in Africa.
Following last year’s introduction, she reiterated that global warming is to blame for deteriorating starvation problems, as food cultivation has becoming worryingly poor due to abnormal weather conditions.

On the sidelines of a charity event, Tang Yuk Wa, Deputy Director of the Social Welfare Bureau (IAS), disclosed that his team had received emotional support requests from non-resident workers in Macau last year due to the Covid-19 pandemic.
However, the official could not provide an exact figure as to how many requests were received.
Border restrictions have made it impossible for non-Chinese foreign workers to reenter Macau after their trips home, as entry for non-Greater Chinese residents into Macau has been suspended since the outbreak in Macau.
On top of that, the economic downturn may have caused anxiety about the future in non-resident worker communities.
Tang said that this is primarily a labor-related issue, his bureau is not always the first responder to these requests. “However, I believe if the labor bureau receives such requests, it will make referrals,” Tang explained.