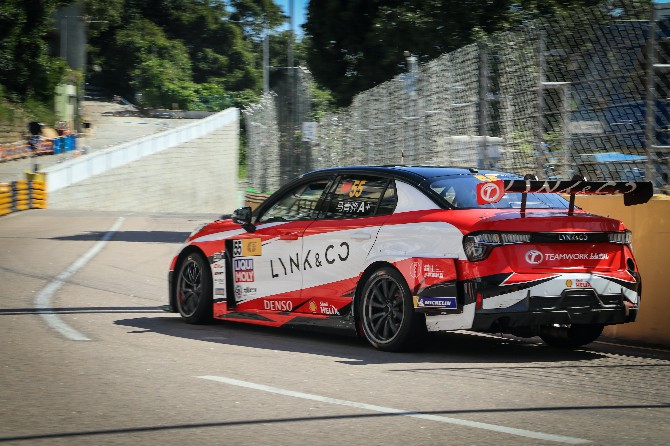 The 68th edition of the Macau Grand Prix (GP) will likely include the season finale races from the Touring Car Racing (TCR) Asia Series racing category, the organizers of the championship disclosed while unveiling the 2021 racing season calendars for both the TCR Asia and TCR China Series.
Although the Macau season finale appears in the calendar as an event yet to be confirmed, its inclusion hints that the organizers expect that by November this year, the pandemic-associated border restrictions that disrupted the GP in 2020 will be mitigated. This would allow the participation of racers from South Asian countries as well as some European racers that are based in Asia.
Last year, the GP ran a limited version of the TCR China races, with just one driver from a region other than Macau, Hong Kong, or Mainland China.
Additionally, several restrictions such as a 14-day quarantine period before the event were enforced on the drivers and teams from Hong Kong, a measure that deterred many from participating in the event.
Concurrently, the organizers of the TCR Asia racing series, WSC Asia Ltd, also revealed the calendar for TCR China, which will see both series running together in half of the 2021 events.
Both championships are expected to begin on May 7 to 9, with an event to take place at Shanghai’s International Circuit, with both moving to Zhejiang next on June 18 to 20 and Jiangsu on July 2 to 4.
In the second part of the championships, the TCR China Series will then separate from the TCR Asia Series, which will move to Sepang, Malaysia with a double event on August 13 to 15 and September 17 to 19, while the TCR China series will race in Zhuzhou from August 27 to 29 and return to Shanghai on September 10 to 12.
The season finale for TCR China is expected to happen on November 5 to 7 at Zhuzhou International Circuit, while the Asia series will be waiting for the Macau GP to be hosted from November 18 to 21.
The calendars seem to have been organized to allow for last-minute changes should the need arise to fill the grid to Macau with extra competitors from the Chinese series.

The newly renovated Grand Prix Museum is set to reopen its doors to the public within the first quarter (Q1) of this year, the director of the Macao Government Tourism Office (MGTO), Helena de Senna Fernandes, confirmed to the media last week on the sidelines of the 2020 Decorations, Medals and Certificates of Merit Awards Ceremony.
Fernandes noted that the main construction works were completed last year, but that the museum could not yet open its doors due to delayed interior decoration works.
According to the official, the delays were related to the delivery to Macau of some items, including a total of eight wax figures produced by the world-famous “Madame Tussauds wax museum,” as well as interactive games, which are currently being installed.
She also added that the main issue was that the installation of such items required technical expertise from people abroad. The travel and border restrictions currently in place made it impossible to bring them to Macau.
The solution found was to install the equipment using teams located on the mainland.
The MGTO head also noted that, in the first phase, the museum will allow local people and groups to visit and experience the museum as a preview to test all the operations before fully opening to the general public and tourists.
The museum should only reach full service during the second or third quarter of this year after other support facilities, such as a cafeteria, become operational.
The revamp of the Grand Prix Museum was tendered in 2017 and was originally intended to be completed in November 2018.
Several delays to the project led to the conclusion of the main construction works in 2020. According to the latest information from the government, the initial budget of around 300 million patacas has also been significantly overrun, with the latest forecast pointing to a total cost of around 830 million patacas, almost three-times the initial budget. RM