New regulations and car specifications for the FIA Formula 3 championships are currently under discussion, and it is still unknown which models will be allowed to compete in off –
regular season events such as the FIA Formula 3 World Cup (currently the main highlight of the Macau Grand Prix).

In the 2018 F3 Macau GP, the solution of using the previous year’s car specifications and keeping everything almost untouched seemed to have gathered something of a consensus among organizers, drivers and teams. However, drastic changes introduced at the end of last season to revitalize a series that traditionally served as a springboard to Formula One seem to have created an additional problem of how the competition would continue to run in the streets of Macau every November.

As teams are gearing up for another F3 season and the Macau Grand Prix Organizing Committee (MGPOC) says it is “currently evaluating all options available with regard to the type of Formula 3 cars to be used in this year’s F3 Macau Grand Prix,” opinions are starting to surface from drivers, teams and constructors.

In a recent report from the Automotive website “The Drive,” racing driver Oliver Jarvis is quoted saying that there is a general consensus among all those who have raced in Macau that the proposed changes to the circuit would not make it safer.

Jarvis recalled last year’s accident involving Sophia Florsch at the Lisboa bend. “Almost all the accidents that happen there are quite low speed. Cars locking up and nosing into the wall. The high speed in Macau certainly was a factor, but it was not a common accident there,” he said. “I raced F3 at Macau for two years and never saw anything that spectacular.”

Such opinion, is shared by others in the field, such as Bill O’Brien, team manager of Black Arts Racing, a China/Hong Kong registered motor racing team with headquarters at Zhuhai International Circuit and that races several cars in different categories including the Asian Formula Renault Series, China Formula 4 Championship, and Asian F3 series.

Speaking to the Times, O’Brien said, “there has been discussion about using the old European F3 car or even the new FIA International F3 car, which I think is way too dangerous for Macau.”

“We hope they will run the new regional F3 car [Europe, Asia and W Series Car]. It will be better racing and way safer,” he added. In O’Brien’s opinion, the Regional F3 car, besides being safer, could also offer closer competition and better racing, being the best of the three options on the table.

The fact that the car is used also by the European F3, Asian F3 and W Series – a recently presented racing series exclusive for female drivers kicking off this spring – can also guarantee some diversity in terms of drivers and teams. 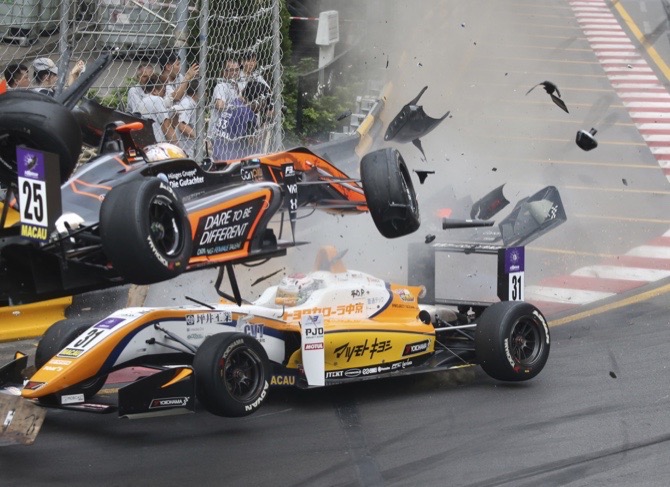 The new car, code-named Tatuus F.3 T-318, is produced by Italian chassis manufacturer Tatuus, the same company responsible for the construction of the chassis being used in several F4 racing series. The Tatuus F.3 T-318 would be powered by an Alfa Romeo 1750 TBi engine built by the Italian Autotecnica Motori.

The engine is a four-cylinder inline turbocharger of 1742cc with double VVT delivering 270bhp and has been running since July 2018 on the newly created F3 Asia Series, the first of the new system of FIA F3 regional series that is active due to the establishment of a “Winter Series.” This series included three weekends of competition in Thailand and Malaysia.

Two-time Macau Grand Prix winner Dan Ticktum was one of the drivers who took this opportunity to contest the Asian F3 Winter Series in a bid to collect points necessary to apply for a super-licence that could open his doors to Formula One.

Dallara, another Italian chassis manufacturer, disagrees. A report by newspaper Hoje Macau quotes Dallara’s Engineering & Project Management Jos Claes expressing concerns over the possibility of the FIA and the MGPOC choice for 2019 fall for the regional F3 car, a solution that he considers a downgrade from the previous F3 car.

“It’s up to the Macau Grand Prix [Organizing Committee] to decide what they want. If they want to keep people in the media center, this is the result of several years of appearance of highlighted drivers and driving the F3 International car. This would keep the quality [status of the competition].” On the other hand, “if they want to bring in the Asian regional championships or something like that, then the attention [from media] would be totally different.”

The F3 International Series car, built by Dallara and firstly presented at the F1 season finale at the Yas Marina Circuit in Abu Dhabi last November, will be contending for three seasons (2019-2021) and presents significant upgrades from the former F3 car, being closer to the former GP3 Series car which it replaces and sharing with this the engine that moved from an Inline-four 2.0Litre to a V6 3.4Litre capable of delivering 380bhp, that is, over 40 percent more than the F3 regional series car.

This car is also significantly larger than the former F3 with the wheelbase length to grow from the previous 2,000mm to 2,800-3,000mm, maintaining a minimum track of 1,200mm.

At the same time, Dallara announced that it is building a new car for the F3 regional series that, in the words of Claes, would be “a little below of the current International F3 car but above the ones racing on regional series.”

Also corroborating Dallara’s intentions was a race promoter representative with connections to several teams in the field, who agreed to provide a short comment to the Times but asked not to be identified.
Claiming that as far as he was aware, a final decision has yet to be made, he favors the ideas expressed by Dallara saying, “I hope [the car that will race in Macau this year] will be the [new] FIA-F3 car, but the [scenario of continuing to be] the Dallara F312 F3 car is a very realistic [one].”