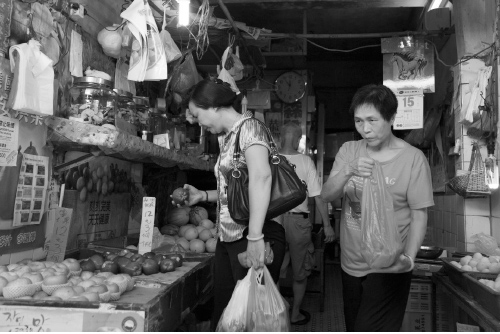 Macau and Hong Kong have been strengthening technical exchanges on food safety since signing a letter of intent last December, establishing a communication mechanism to exchange information. Since then, 12 cases involving food safety issues have been reported, with the Macau government following up on the matter to avoid risks on importing food to the MSAR.
The two SARs gathered last weekend in Macau for the 7th Hong Kong Macau Cooperation High Level Meeting, in which they discussed issues of mutual interest, promising to enhance cooperation in different areas.
In a statement, the government stressed that both parties “have been continuously strengthening technical exchanges on food safety.”
During the meeting, they also addressed e-government related matters, with Macau and Hong Kong exchanging views on the revision of information projects, IT administration, e-government shared structure, and open data, among others.
Furthermore, Hong Kong and Macau have agreed to further promote the “one-trip-multiple-stops” tourism route, providing professional training for medical staff, particularly on medicine that may lead to adverse reactions while taken on a trip.
A study on incentives for foreign ships berthing in Macau to enjoy harbor charge discounts if they switch to cleaner fuel was another matter addressed throughout the meeting.
The Hong Kong-Zhuhai-Macau Bridge was also on the meeting’s agenda – a project that has been fully launched according to plan, the parties said.
In the meantime, the Hong Kong and Macau Cross-Border Road Transport Research Group has been studying possible suggestions for the future Hong Kong-Macau intercity buses, trucks and drivers, having reached an agreement on operations of shuttle buses, land-to-air direct routing airport buses and cross-boundary private cars and drivers.
Tourism, legal assistance, maritime affairs, environmental protection, land mapping, financial and labor affairs were highlighted as priority areas for further cooperation between the two SARs.  CP