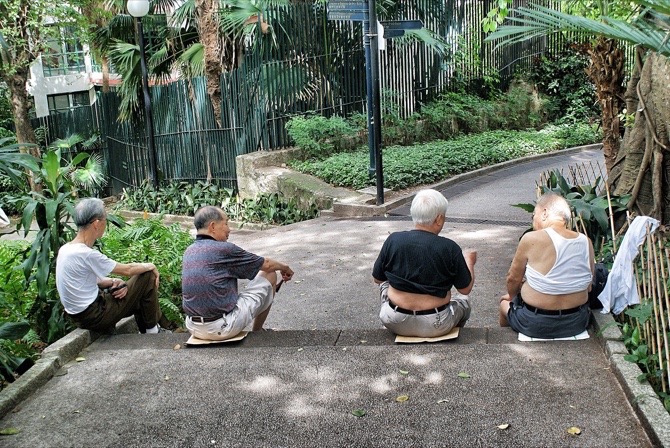 Online comments penned by Macau residents show that local society has become increasingly divided over the Hong Kong situation, just as the protesters and the pro- establishment camps in the older SAR have become more entrenched.

On one hand, many users, supposedly Macau residents, expressed pleasure at seeing innocent people and journalists being brutally injured by the group wearing white T-shirts.

“It is not OK for journalists to be beaten up, but it is OK for a police officer’s finger to be cut off?” one netizen commented.

A third comment read, “You know your business. You deserve to die.”

Last week, the mainland’s Global Times wrote a report claiming that Macau netizens have been slamming the provocation of the Hong Kong “mob.” In the Global Times report, the “Hong Kong mob” referred to ordinary people in the protests.

The Global Times, which is a state-owned newspaper that often takes a tougher line than other outlets on the mainland, used the article to demonstrate that the Macau people are in favor of the revision of the extradition bill, and are in favor of the Hong Kong government and Hong Kong police authority.

“Some protesters from the Hong Kong Special Administrative Region tried to make use of Facebook to mobilize people in Macau to join their protest with agitating posts.  But to their dismay, the overwhelming majority of Macau netizens expressed strong disapproval to the call, pointing out what they are [hurting] their own region,” the Global Times report reads.

“Some people think that many of them [condemning Hong Kong journalists] are ‘five-cents.’ I absolutely believe that they are true-hearted [in their condemnation],” wrote one social media user on the Macau Concealers post, indicating that he believes many Macau people support the Hong Kong government and police force.

“Those comments show how low the minds are,” wrote another in a post which received 55 likes.

“Everybody can be a Macau pig and not mind the world’s affairs. But do not be this black-hearted and say they [the journalists and people] deserve the beating.”

In reply, one Facebook user wrote, “there is still a minority who understand Hong Kong. But the majority have been brainwashed by TVB and the Macau government.”

Another reply read, “How many real Macau people are there? There are more new immigrants than Macau-born people.”