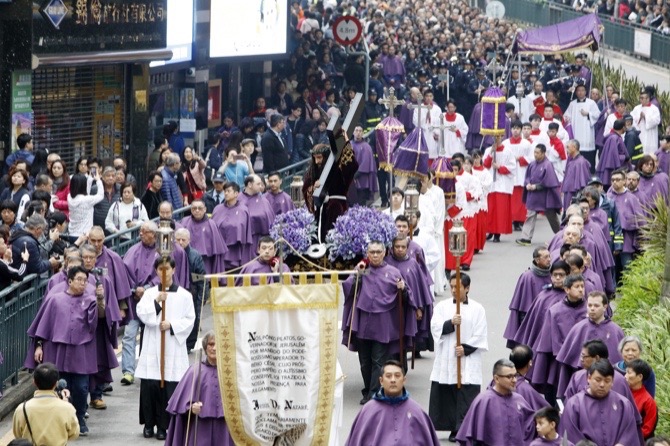 Macau is set to host a new seminary college starting September that will train priests from across Asia.

According to the Vatican news agency, Agenzia Fides, the new Redemptoris Mater College for Evangelization in Asia, based in Macau, is “the fruit of apostolic creativity that looks to evangelization in that continent and expresses a will of decentralization of the Congregation of Propaganda Fide.”

The SAR’s bishop, Stephen Lee Bun-sang, has accepted the congregation’s request to host the new college.

However, appointments and authority will remain the direct prerogative of the congregation, which, according to the Second Vatican Council, is tasked with promoting evangelization throughout the world.

The seminary was established by a decree signed by Cardinal Fernando Filoni, prefect of the Vatican-based congregation, on June 29.

According to the cardinal, throughout the history of the Church’s mission, “there have been so many forms and methods chosen for the proclamation of the Gospel in Asia: the historic commitment of the great religious orders such as Jesuits, Dominicans and Franciscans, and the activity of many specific missionary institutes.”

He said that the specific nature of the seminary college is to “take care of the formation of missionary priests who will have evangelization in the territories of Asia at heart.”

The choice of Macau was linked to its history as a gateway for Jesuit missionaries such as Matteo Ricci, Francis Xavier and Alessandro Valignano, who passed through Macau before going to China or Japan.

“[Macau] has historically represented the door or a bridge for the mission of the Church in the East and as a promotional center for evangelization in the Far East,” said the cardinal.

“Suffice it to say that in 1576, just established, the diocese of Macau extended, at least on paper and for a certain time, to China, Japan, today’s Vietnam and the Malay archipelago, as it was called. Macau became a great center of missionary formation and propulsion,” he added.

Questioned on the reasons that led the congregation to take care of the opening of the new college, the cardinal explained that they wanted to respond to the invitation of John Paul II who, at the beginning of the new millennium, said that Asia would be the vast continent to be evangelized.

“It is a very complex continent, a cradle of great religions and very strong cultural responsiveness. The proclamation of the Gospel in Asia requires characteristics of its own, such as a thorough knowledge of different contexts and languages,” he said.

Meanwhile, the cardinal expressed his enthusiasm for promoting the institution with “new characteristics, which respond to the desire and missionary vision of Pope Francis, which is a founding and qualifying point of his pontificate.”

Last year, the congregation announced a plan to establish a Redemptoris Mater college in the Japanese capital, Tokyo.

However, Archbishop Tarcisius Isao Kikuchi of Tokyo said that he was not informed where the college would be located or when it would become operational.