Made in Macao | Coffee, tea or both? 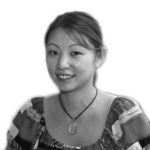 Tea drinking has long been considered an important part of Chinese culture, while coffee drinking is seen by some as a part of foreigners’ culture. It is not surprising that with the bloom of coffee businesses in China, there are concerns that it is over-shadowing our thousands-of-years-
old culture. How about in Macao? With the number of coffee shops in a small place like ours reaching over 110, is this evidence that coffee is overtaking the tea culture? Or, perhaps with the hundreds of years of Portuguese influence in town, we have always been on team “bica”?

I would say that coffee and tea are inseparable in Macao. Most set menus, for lunch or dinner, end with ‘coffee or tea’. While we tend to be using the term “coffee break” more these days in English for our afternoon breaks, in Chinese, we say 下午茶 “afternoon tea”. So, we often find ourselves inviting a friend ‘for coffee’ when the text is in English, and another ‘for tea’ in Chinese, though it’s the same occasion.

The culture of “3:15 afternoon tea” has been in practice in Macao since the ‘70s. We often see workers in the construction and renovation industry shutting down their equipment around 3:15 everyday to take their break from work and patronize one of the 茶餐廳, ‘Cha Chaan Teng’, directly translated as ‘Tea Restaurants’ or also known as ‘Hong Kong-style coffee shops’. For office workers, it is also common for colleagues to take turns ordering coffee (or tea) and sandwiches around 15:15 for an Afternoon Tea break together.

From the ‘70s up until the ‘90s, this was a practice of the local police too, who would take a break from their duties and patronize one of the many small ‘tea restaurants’ in the alleys around Horta e Costa. Although we use the term ‘Afternoon Tea’, most people order coffee in these Cha Chaan Tengs. So, coffee drinking culture is not new in Macao. The differences are merely the types of coffee and the style of the coffee shops.

Historically speaking, western style coffee was brought into Macao during the 18th century by the Portuguese. But the drinking of Bica (a.k.a. espresso) was only common among the local Portuguese and Macanese; it was only in the last ten years or so that we see more local Chinese drinking western coffee like expresso, latte or cappuccino, thanks to the popularity of Starbucks, and the many romantic movies from Japan, Taiwan and Hong Kong that begin in the ambience of a romantic western coffee shop.

Of course, ambience aside, the local coffee is very different from western coffee served in modern cafés. The local coffee is usually boiled in pots on charcoal, or filtered in small bags like the materials of pantyhose, that’s why they are also known as ‘pantyhose coffee’ or ‘pantyhose tea’. These types of coffee served in Cha Chaan Tengs are usually less strong compared to their western counterparts, and are served with condensed milk instead of fresh milk.

While customers of ‘Tea Restaurants’ in Macao are ordering coffee on their tea break, it is also interesting to see that many locals going to western coffee shops are ordering tea. So, whether the booming coffee culture in Macao is taking over our tea culture is not really a question that needs to be answered. From what I see, the two are always together. We do not really have an afternoon tea drinking culture, just an afternoon break where coffee or tea is served. And if one cannot decide whether to order coffee or tea, one other popular local ‘Afternoon Tea’ drink is the ‘Yuenyeung’ which is a mix of half coffee and half tea served only at Cha Chaan Tengs.

NATO fully in grip of Washington