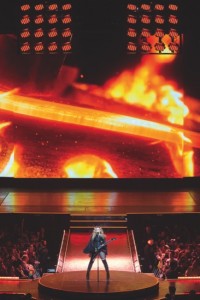 Thousands of Madonna fans converged on the Studio City Event Center (SCEC) over the weekend to see the Queen of Pop’s two debut performances in Macau as part of her worldwide “Rebel Heart Tour.”
The Times attended Saturday’s concert, which started at 10.35 p.m. in the crowded 5,000-seat SCEC. Madonna performed some of her all-time hits, including “Like a Virgin,” “Material Girl,” and the lead songs from her Rebel Heart album.
During a pause between acts, Madonna sat on the stage and said to the audience: “I’ve never been anywhere quite like Macau before; it’s remarkable and it is special. It feels intimate and grand. It feels small and it feels… not small.”
Madonna’s Saturday performance in Macau also featured a surprise entrance from Hong Kong Cantopop singer Eason Chan, who took to the stage and danced alongside the musical legend. Madonna uttered, “Oh shit!” to roars of applause, as Chan fell over while dancing. Madonna ended Saturday’s concert in Cotai wrapped up in a Macau flag, as she did in HK with the Bauhinia jacket.
According to a press release issued by Melco Crown, Madonna’s two performances attracted numerous Asian celebrities, including Aaron Kwok, Miriam Yeung, Charlene Choi, Christy Chung and award-winning actress Carina Lau. Also present were celebrated couples Simon Yam and Qi Qi, and Leo Ku and Lorraine Chan. 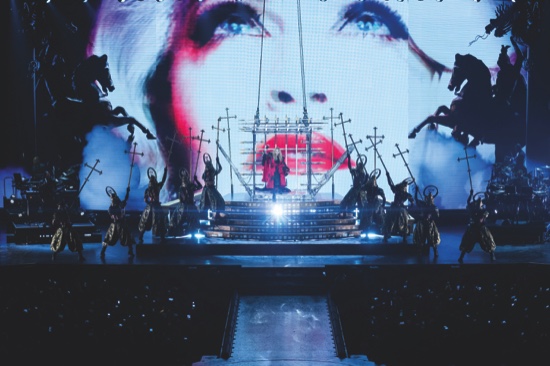 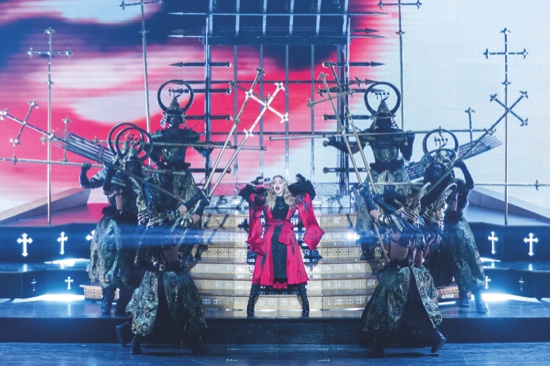 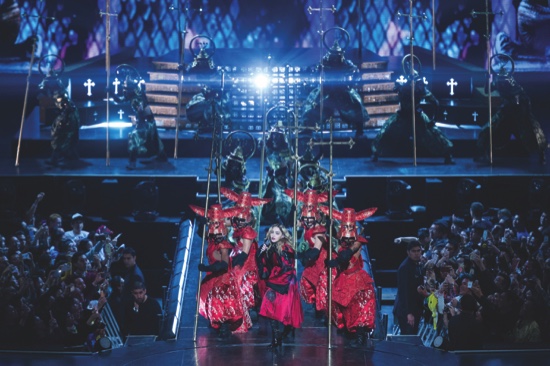 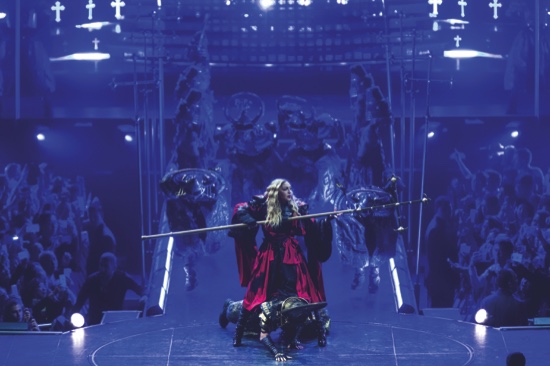 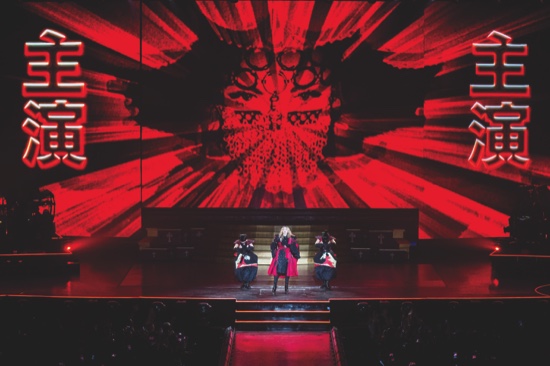 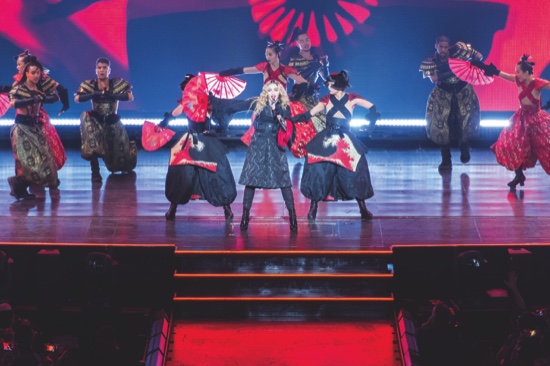 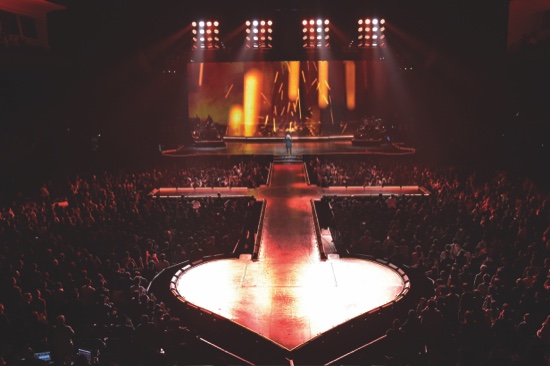 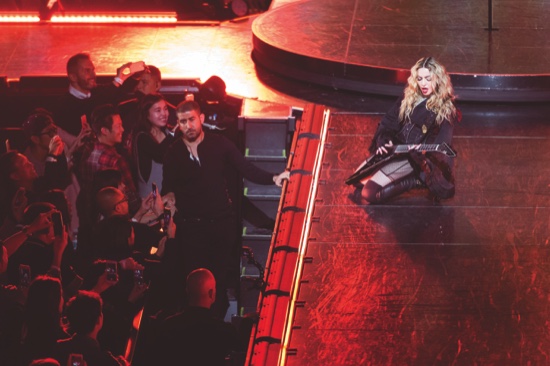 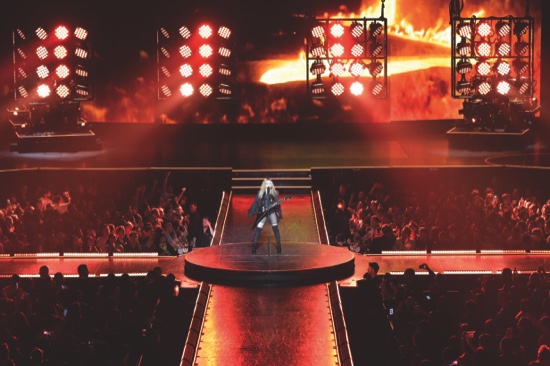