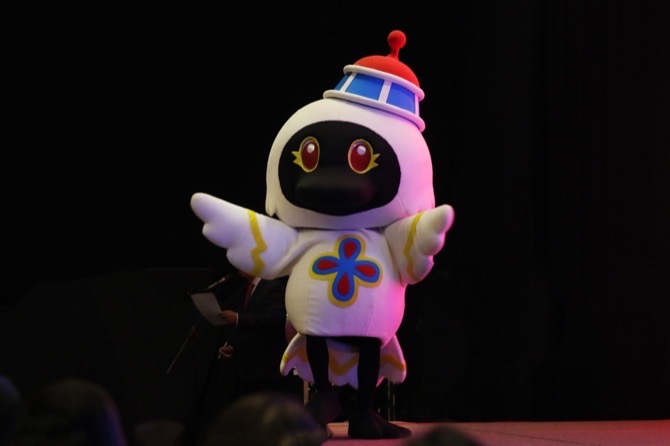 The Macau Government Tourism Office (MGTO) will organize an “Experience Macau – Portugal” mega promotion next week during Lisbon Travel Market (BTL) 2019, at which Macau will be a highlight as this year’s International Guest Destination. Macau mascot Mak Mak will be on site to greet and entertain visitors.

A string of activities will be conducted in Lisbon and Porto to market Macau as a tourism destination, emphasizing the upcoming occasion of the 20th anniversary of the establishment of the Macau Special Administrative Region.

Secretary for Social Affairs and Culture, Alexis Tam, will be in Portugal to preside over the activities conducted under the umbrella of “Experience Macau – Portugal”.

The mega tourism promotion will kick off with the presentation of a video mapping show titled “Macau a Legendary Journey” at Praça do Comércio on March 12, showcasing the city’s history, its links to Portugal, and recent developments.

MGTO will participate in BTL with a booth under the themes “Experience Macau Your Own Style” and the 20th anniversary of the Macau SAR. The booth will showcase the city’s UNESCO-listed heritage, as well as highlight Macanese gastronomy and Macau as a UNESCO Creative City of Gastronomy with a food truck presenting Macanese delicacies.

There will also be Macau virtual reality tour experiences, with Macau tourism mascot Mak Mak welcoming and entertaining visitors at the booth.

An exhibition featuring works from over 30 Macau artists will open on March 13 at the Macau Economic and Trade Office in Lisbon. On the following day, four street dance groups from Macau (The Dancer Studio Macau, Macau Pop Music and Dance Association, the Association of Macau Street Dance and the Macau Street Dance Culture Association) will perform in four popular pedestrian streets and plazas in the heart of Lisbon.

On March 15, the Macau delegation heads to Porto for the opening of an exhibition to promote the arts among disabled people at Porto City Hall.

Then the delegation takes to Portuguese television to conduct a Macanese cooking demonstration, among other initiatives to be presented by visiting Macanese chefs, Antonieta Manhão and Carlos Cabral.