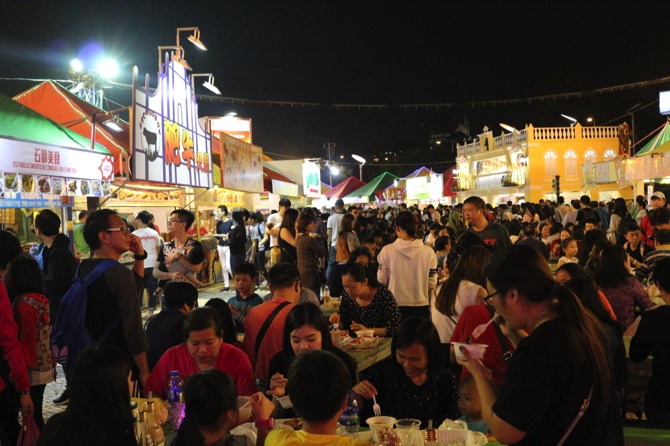 Aspect of the ‘Malaysian Village’

The 16th Macau Food Festival has seen substantial  numbers of Macau residents and tourists over the weekend; particularly at this edition’s newest element, the ‘Malaysian Village.’

Over one hundred Macau food merchants are participating in the event to bring out the unique food culture of Macau. Besides those, the ‘Malaysian Village’ is featuring performances and gastronomy from Sarawak, East Malaysia.

The theme of this year’s edition of the festival is “Superchef! Eat Smart – Smart Generation.” The aim of the theme is to introduce the idea of reducing food wastage. The organizing committee has gathered 120 local restaurants and invited 26 food and beverage merchants from Malaysia to join the event.

According to Pauline Lim, event sponsorship manager of the Sarawak Tourism Board, the Malaysian quarter is presenting authentic Sarawak dishes and also traditional performances in a bid to encourage tourists to visit Borneo, the island where Sarawak is located.

“We’re bringing in our Asian food and the food that we bring is very much local food from Sarawak,” she told the Times. “I think you may not be able to find it in Macau it’s very unique, especially our signature dishes such as Sarawak Laksa, Kolo Mee and Kek Lapis.”

Lim hopes that Macau residents and visitors left the festival with more knowledge about the Malaysian state.

“The state of Sarawak is very rich in culture, adventure and nature.  We try to [promote] this outside [the state…] We’re trying to reach out to Macau,” she said.

The “Malaysian village” has largely been visited by food enthusiasts over the weekend. Lim stressed that the public has been enthusiastic in trying out their cuisine, noting that the booths offer dishes that could only be tasted during the festival.

Some visitors could be seen participating in the performance at the space, located at lower level of Sai Van Lake Square.

According to a participant, the festival serves as a place for family and friends to be united.

“It’s enjoyable. Every year when they have this thing, it’s very nice for the whole of Macau to enjoy [these] things together,” the participant explained.

The visitor also highlighted that the region should bring in different food and traditions from outside the territory.

The 16th Macau Food Festival is convened at Sai Van Lake Square until November 27. The annual food festival is organized by the United Association of Food and Beverage Merchants of Macao. 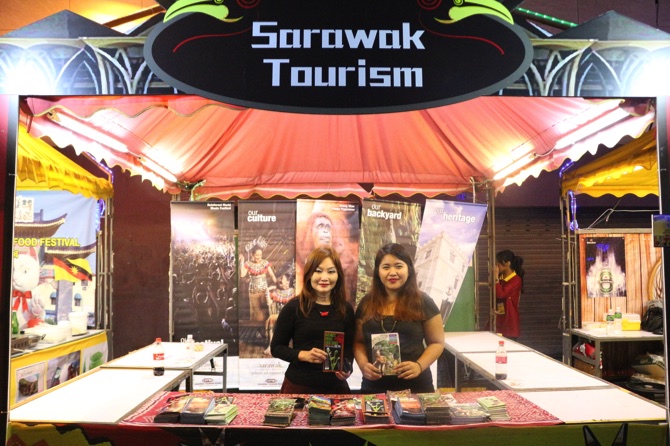