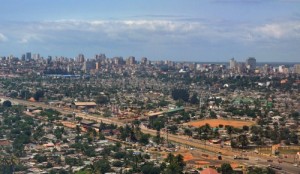 Maputo is the capital of Mozambique

The Maputo International Fair (Facim) this year has 2,700 companies registered, 700 more than last year, representing 26 countries, said the president of the event’s organizer.
João Macaringue, president of Mozambique’s Institute for Export Promotion (Ipex), explained the large number of companies signed up was due to a, “growing appetite for Mozambique and, as Facim is a mirror of economic activity, this edition had to reflect that.”
This year’s edition of the Maputo International Fair, formerly known as the Mozambique Agricultural, Commercial and Industrial Fair, is the 50th and is due to be held in the outskirts of the capital from 25 to 30 August.
The president of Ipex said that “the great problem of the exhibition is now space, or rather a lack of it,” and the organizers had to buy tents at the last minute and, “even so there are still many interested companies on the waiting list.”
This year, Facim’s exhibition area is organized by geographic regions, including pavilions for Europe, America, Africa and Asia and specific themed pavilions for Portugal, Italy and Mozambique, the latter presenting hundreds of local institutions and companies, “showing the economic pulse of the entire country.”
Alongside Facim, the China-
Portuguese Speaking Countries Business Meeting will be held in Maputo from 24 to 27 August, bringing together some 500 businesspeople and investors.  MDT/Macauhub