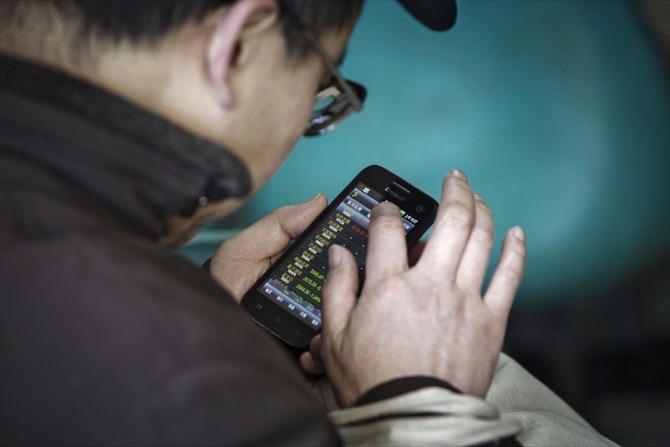 The CSI 300 Index of equities traded in Shanghai and Shenzhen sank 2.3 percent on Monday, its biggest loss in a month. Property developers led the plunge, along with old economy shares such as banks and industrial companies. The gauge fell as much as 0.5 percent yesterday.

After the CSI 300 surged almost 40 percent this year, investors have grown increasingly sensitive to whether the authorities will maintain the massive scale of stimulus seen in the first quarter. A statement late Friday from a meeting of the Politburo was interpreted by traders as meaning the economy is on a stable enough footing that extended support isn’t needed. Instead there was a focus on deleveraging and avoiding speculation in the housing market.

“People have come to a clear consensus that there won’t be any aggressive stimulus that floods the economy with excessive liquidity, indicating limited room for valuation recovery,” said Dai Ming, a Shanghai-based fund manager with Hengsheng Asset Management Co. “The market is entering a consolidation period that may last one to two months.”

China’s stock market has historically been driven by liquidity and momentum traders and any sense that these may dry up could act as a serious overhang. Equities slumped earlier this month amid concern the authorities would act to slow the increase in leverage in the market. The CSI 300 sank 4 percent on March 8 after investors took a rare sell rating from the nation’s largest brokerage as a sign that the government was unhappy about the speed of the rally.

The central bank last week gave a signal that supply of cash would be less liberal, when it rolled over only half of the funds coming due through one of its longer-term policy tools, instead offering more seven-day money.

“The Politburo meeting showed that investors had gotten ahead of themselves,” said Wang Zhihong, managing director at Whiterock Asset Management Co. The phrasing of the statement, and the implication that real estate may be targeted, has weakened sentiment, he said.

A gauge of property developers in Shanghai tumbled the most in six weeks on Monday, with Gemdale Corp. and China Vanke Co. losing more than 6 percent. Sany Heavy Industry Co., which makes excavators and steam rollers, plunged the most in more than three years before gaining 0.8 percent yesterday.

To be sure, analysts don’t expect China to shift to a significantly tighter stance, especially with rising pork prices boosting inflation. With the bond market weakening, stocks may still be a preferred alternative. The yield on 10-year government was little changed near a five-month high.

“There is a bit of an overreaction” in equities, said Gerry Alfonso, director of international business department at Shenwan Hongyuan Group Co. “Keeping leverage at reasonable levels will be good for the real economy and in the long term for the stock market.”

But with officials now showing concern about the risk of asset bubbles again, the days of making easy money on the stock market may be nearing an end. China’s equity market has added USD2.5 trillion in market value since its low in October, and over 50 companies on the CSI 300 have risen more than 50 percent this year, meaning there’s a lot of profit for some investors to pocket.