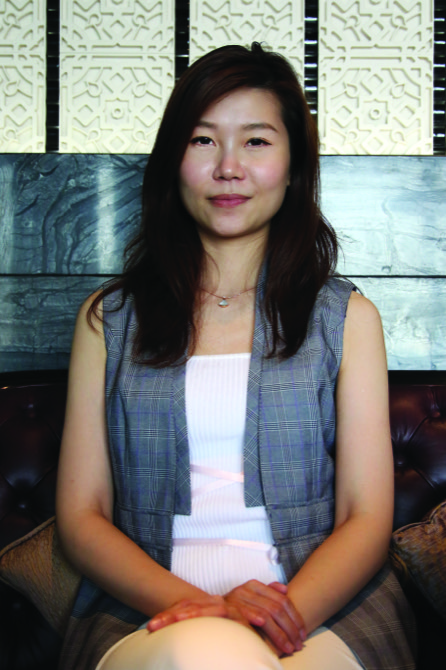 A designer with a well- established career in the fashion industry, Nicole Tam was invited by the Macau Productivity and Technology Transfer Center (CPTTM) to present her collection at the recent 26th Dalian Cup International Youth Fashion Design Contest.

Tam became one of 37 finalists who got to present their designs (out of some 1,200 competitors from all over the world) on the contest runaway, fulfilling what she said was “a childhood dream come true.”

“I heard about this competition for the first time when I was in high school here in Macau. This competition has not [had] any Macau representatives for the past 10 years, so when CPTTM sent me the information and asked if I was interested, I said yes,” Tam told the Times.

She explained that the competition is divided into two different groups: one for the students and another for professionals, which was the category she competed in.

Entering the competition was also a way for Tam to promote her own company and label, which were established on the premise of “future generation” and sustainability. This year’s theme matched perfectly with her concepts and strategies.

“Every year, they have a theme and this year the theme was ‘New Era,’ which is a theme that is quite appealing to me because all my design concepts, from the materials and design itself, are mainly targeting the next generation.”

Tam used a “top-to-toe” method to match the competition theme, starting with the fabric itself to create a true “end-to- end” solution.

“I actually developed the fabric with my supplier and it’s composed of recycled material, from which around 30 to 40 percent [are fibers coming] from plastic bottles. The material is actually polyester but it’s very silky, so instead of using silk [I tried to show] that we can actually make something out of plastic materials, making it sustainable.”

As for the design itself, Tam said she always takes a simple and minimalist approach. This time, she tried to integrate the idea of “digital currency,” a hot topic nowadays. 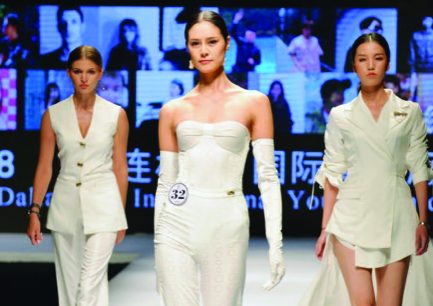 The fashion contest in Dalian

To cut the fabric, Tam used new technologies such as laser cutting. She used the shape of a one pataca coin as a decorative pattern, connecting with the topic and “inputting into the fabric something from the Macau culture.”

“I believe that one day these coins will just be in museums and we are all going to use digital currencies only,” Tam said, linking her design concept with the “New Era” theme of the competition.

“We had to present three outfits: two more practical and one ‘fancier’. Or should I say more formal?” she said, adding that practicability is always one of her goals. After working in the hotel industry, she noted that “the practicability of uniforms is something very important, as it is something you are going to wear every day and for a long time. Everything must be functional and practical, but also very appealing,” bringing skills from her daily work into the competition.

As Tam told the Times, participating in this event is not just a way to show her skills and designs, but also “an opportunity to network with designers [from different backgrounds] and see what others are doing in other places.”

As she mentioned, the “eco-friendly concerned topic was addressed by several designers in this year’s competition, but I think I was the only one that managed to present a collection that follows that end-to-end with all the certifications to prove it.”

Tam said the eco-friendly focus is not just in the industry, but in consumers who are now more aware and more interested in knowing about their clothing and the processing. “People are caring more about this the same way they are caring more about health, and try to buy more organic products.” 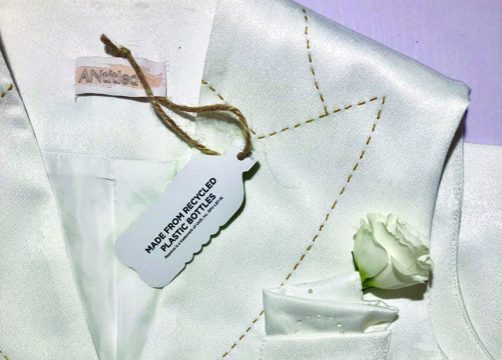 Founder of three-year-old startup company “ANtitled,” Tam says that pricing is still one of the hotel industry’s main concerns when deciding on a new uniform. However, “there are some opportunities to try to input new products and new fabrics. But you need to be able to justify clearly why they should opt for that solution.”
“For almost three years now, I have had my own startup [company]. We do specialized [uniform] design for the hotel industry. We provide image consultancy services for hotels and corporate companies as well,” she said, noting that this background contributed to her understanding of the market.

“Sometimes there is a big gap between the higher administration that decides on a uniform based on corporate branding and pricing, and the people that are in fact wearing it,” she said. Sometimes they have no idea why their uniform has particular characteristics.

This is something that Tam says is “now changing, as higher management is now concerned about how they are going to keep their staff in the long term, and uniform has become one of the key elements for staff to stay or leave [at] a certain company.”