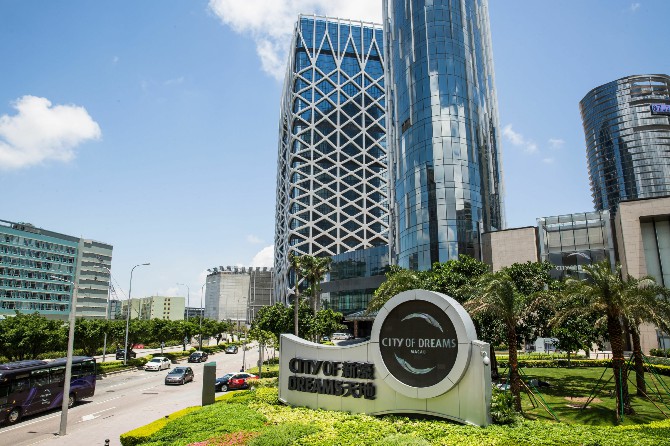 Melco Resorts & Entertainment sets aside nearly MOP16 million for a highly rewarding cash incentive program to encourage its staff to take the Covid-19 jabs. The move, the group stated, is to help accelerate Macau on its path to achieving herd immunity.
The program, dubbed “Get the Jab” immunity incentive program, was announced by the group on Friday, May 21.
Through the scheme, every fully vaccinated employee of Melco will be granted a cash handout valued at MOP1,000. This includes those who had received two jabs prior to the launch of the program.
On top of that, Melco will select and award six fully vaccinated staff by lot, each to be granted an award of MOP1 million — whenever the conglomerate achieves certain immunity rates. According to an official memo delivered to Melco’s staff, the lottery draw will be conducted when the group hits 25%, 50% and 75% inoculation rate among all its staff.
The group has earmarked a total of MOP6 million as the lottery fund. Every fully vaccinated staff will be deemed eligible to participate in the lottery.
“The health and safety of Melco colleagues, guests and community is a top priority,” Lawrence Ho, chairman & CEO of Melco Resorts & Entertainment stated in the release.
“Through the efforts of the government, we are fortunate that vaccines are readily available. Our commitment to creating a safe environment and contributing to the government’s goal of achieving herd immunity is demonstrated by our resources dedicated to the immunity incentive program,” he added.
Melco has implemented a set of supporting measures to motivate its employees to get inoculated. These include: hosting explanatory seminars regarding vaccination; offering shuttle service for the staff to attend vaccination appointments; and awarding the fully vaccinated staff paid leave of two full days.
Alongside these, Melco is teaming up with the Health Bureau (SSM) to organize a dedicated vaccination outreach session at the group’s property to help its staff to be vaccinated with ease.

When questioned about Melco’s vaccination reward program, Kuok Cheong U, deputy director of the Health Bureau (SSM) disagreed that it was irregularly boosting the popularity of the vaccine or the vaccination program.
He added that each enterprise or entity can have their own ways of encouraging members or the public to get inoculated.
Taking his own case as an example, Kuok, who is a medical doctor and director of the government hospital, said he wants to encourage others to take the vaccine due to his three decades of medical experience and himself taking the vaccine.
Meanwhile, the SSM has the intention to conduct outreach vaccinations at different gambling concessionaires. Negotiation is in progress, according to Kuok. Further outreach program may be possible, he added.
Recalling the previous outreach vaccination at other entities and higher education institution, the government hospital director was satisfied with the turnout.
He was also asked if people with intellectual disabilities will be taken for inoculation. The government has been stressing that Covid-19 vaccination must be conducted under the recipient’s full understanding of the matter and consent.
Kuok explained that during the pre-vaccination health assessment, the doctor will try their best to explain the matter to the recipient and their parents or guardians and ensure the shot is given with their consent. AL