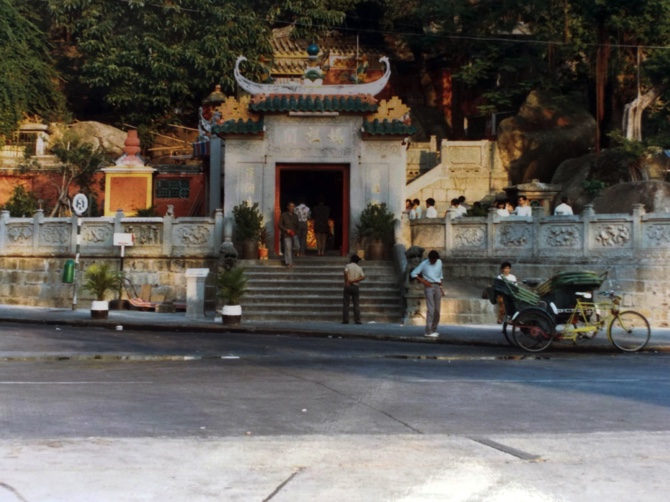 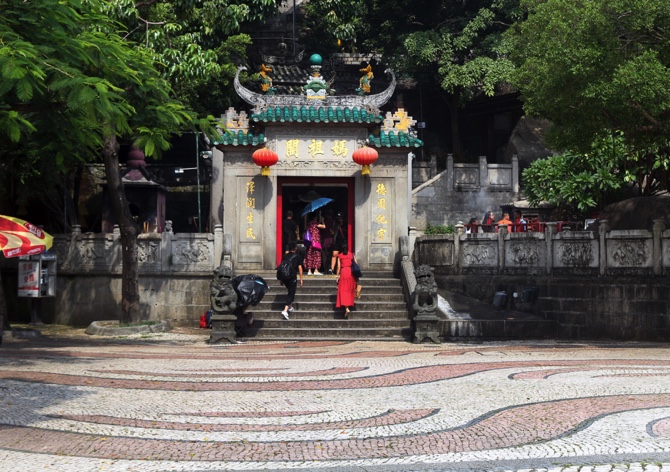 The A-Ma Temple is a temple to the Chinese sea goddess Mazu. The temple is located in São Lourenço Parish, in an area known as the Barra District. Built in 1488, it is one of the oldest temples in Macau and thought to be the settlement’s namesake. The legend of the creation of the city of Macau says that the name “Macau” was derived from the name of the temple. It is said that when the Portuguese sailors landed on the coast just outside the temple and asked for the name of the place, the native Chinese people replied “A-maa-gok” (The Pavilion of the Mother), giving rise to the Portuguese name for the peninsula, “Macau.” The temple has been a centerpiece of Macau for hundreds of years, having been addressed many times in old Chinese documents, and represented in paintings and in the first scenes photographed in Macau. In 2005, the temple became one of the designated sites of the Historic Centre of Macau, a UNESCO World Heritage Site. RM