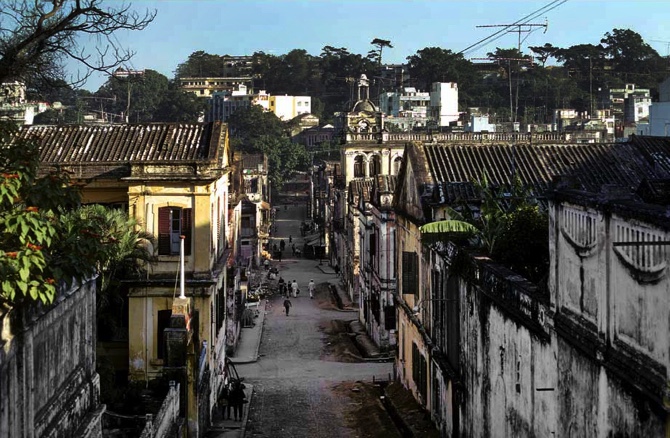 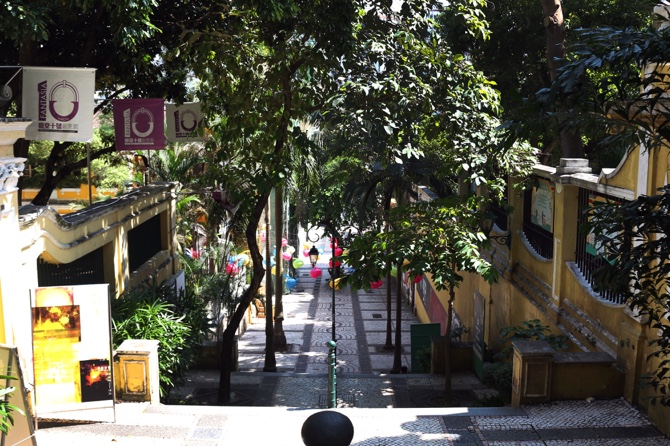 The Calçada da Igreja de Sao Lázaro is a street that transversally crosses several streets in the area of the city known as the Saint Lazarus neighborhood. Completed on February 20, 1904, it was named in commemoration of the first Western hospital for contagious patients founded in China. In May of 1568, the Portuguese Jesuit Belchior Carneiro arrived in Macau and set up a leprosarium within Hospital de S Rafael (the building that currently holds the Portuguese Consulate in Macau). The leprosarium was later moved to the neighborhood of the St Lazarus’ Church, located beyond the city wall. The Portuguese administration of Macau named five nearby streets with reference to the St. Lazarus’ Church, as a commemoration. At the top of the Calçada de Sao Lázaro, there is a stairway that connects the street to the upper part of the city, linking it to the back of the Ruins of Saint Paul, and to the Mount Fortress, among other historical heritage sites. This old photograph was taken by the photographer Karsten Petersen, and shows a perspective of the street in 1973. RM