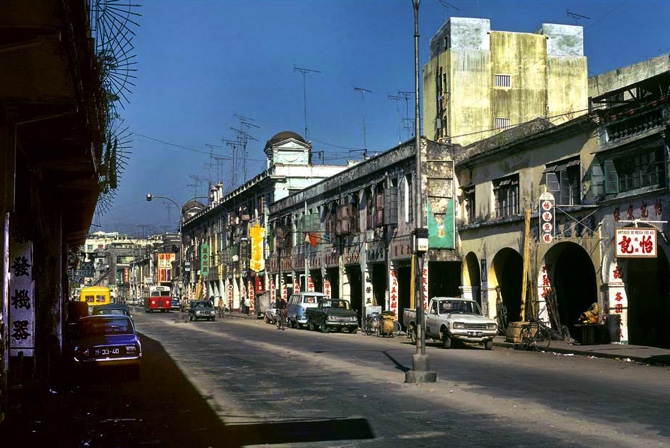 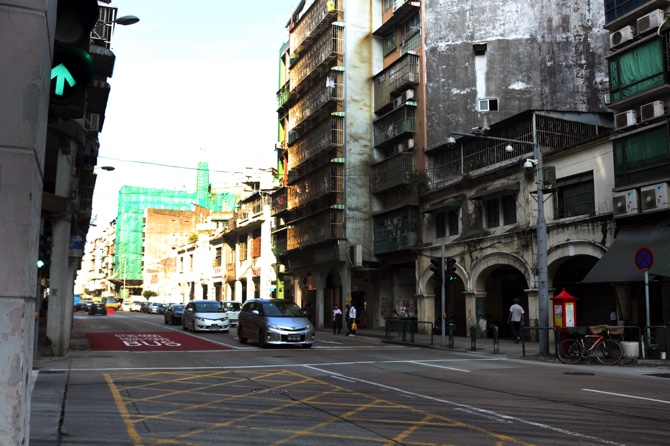 These two photographs show a snapshot of how Rua do Almirante Sergio, an important road in Macau’s Inner Harbor district, has changed over the course of nearly half a century. Its charming and lively appearance in this 1973 historical photo depicts just how focused the area used to be on commerce. Although the half-kilometer street has seen drastic changes, bringing its urban development on par with newer parts of the peninsula, some of its historic architecture has been preserved, as is the case with many streets in this part of town. DB