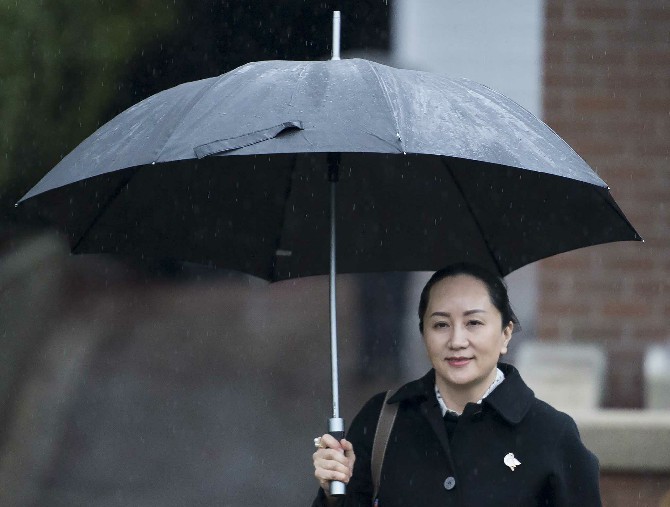 A Canadian judge ruled yesterday the U.S. extradition case against a senior Huawei executive can proceed to the next stage, a decision that is expected to further harm relations between China and Canada.
The Chinese embassy in Ottawa later warned Canada to drop the case and accused the United States of trying to bring down the Chinese tech giant.
Canada arrested Meng Wanzhou, the daughter of Huawei’s founder and chief financial officer of the company, at Vancouver’s airport in late 2018. The U.S. wants her extradited to face fraud charges. Her arrest infuriated Beijing. Canadian officials have emphasized the country’s judicial system is independent.
Associate Chief Justice Heather Holmes said in her decision the allegations against Meng could constitute a crime in Canada as well and the extradition could therefore proceed.
The U.S. accuses Huawei of using a Hong Kong shell company to sell equipment to Iran in violation of U.S. sanctions. It says Meng, 48, committed fraud by misleading the HSBC bank about the company’s business dealings in Iran.
Meng’s lawyers argued during a hearing in January that the case is really about U.S. sanctions against Iran, not a fraud case. They maintain that since Canada does not have similar sanctions against Iran, no fraud occurred under its laws. The judge disagreed.
“Ms. Meng’s approach to the double criminality analysis would seriously limit Canada’s ability to fulfill its international obligations in the extradition context for fraud and other economic crimes,” Holmes wrote.
Holmes said Canada did not have economic sanctions against Iran at the time but noted the sanctions used by the U.S. “were not fundamentally contrary to Canadian values.”
Her legal team is scheduled to be back in court June 3 to set dates for when her lawyers will argue that Canada Border Services, the Royal Canadian Mounted Police and the FBI violated Meng’s rights while collecting evidence before she was actually arrested. Extradition cases typically take years in Canada.
The ruling against Meng is expected to erode already damaged relations between Beijing and Ottawa.
“China hereby expresses strong dissatisfaction and firm opposition to this decision, and has made serious representations with Canada,” the Chinese embassy in Ottawa said in a statement.
“The purpose of the United States is to bring down Huawei and other Chinese high-tech companies, and Canada has been acting in the process as an accomplice of the United States.”
Çhina’s embassy also warned Canada to “immediately release Ms. Meng Wanzhou to allow her to return safely to China, and not to go further down the wrong path.” AP