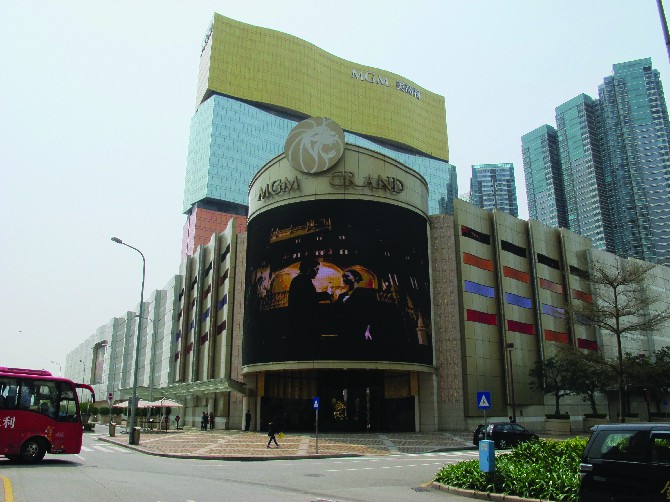 MGM China Holdings Limited yesterday announced that its USD750 million 4.75% senior notes due 2027, issued on March 26, 2021 and listed on the Stock Exchange of Hong Kong Limited on March 31, 2021, have been successfully listed on Chongwa (Macao) Financial Asset Exchange Co., Ltd (MOX). This is the first dual-listing of USD senior notes by an integrated resort hotel operator in Macau.
The USD750 million senior notes bear an annual interest of 4.75% and mature on February 1, 2027.
“The dual-listing exemplifies MGM China’s determination in fulfilling its corporate social responsibilities as a leading developer and operator of integrated resort hotels in the Greater China region, as well as supporting the development of Macau financial industry,” said the gaming operator in a statement.
Bank of China Limited, Macau Branch is the dual-listing agent for the transaction.
Kenneth Feng, president, chief Strategic & Financial officer of MGM China said, “Over the past decade, MGM China has always been committed to creating brand new cultural tourism experiences and diversifying Macau’s economy. At the start of China’s 14th Five-Year Plan, Macau is well prepared to develop a modern financial industry under the undivided support from the Central Government.”
Meanwhile, Mex Zhang, executive chairman and president of MOX, considered the listing an “important step to promote Macau’s economic diversification and support the development of Macau’s modern financial industry.”
According to Zhang, “both MOX and MGM China hope this first cooperation will contribute in bridging the financial trading platform and tourism and leisure enterprises in Macau, which eventually creates more financing channels for these enterprises.”
The gross gaming revenue (GGR) earned by MGM in the first quarter (Q1) recovered to around 40% of pre-pandemic levels, namely the tally in the fourth quarter of 2019 — surpassing the pace of market recovery at 33%.
In Q1, the improved GGR gave a huge impetus to the group’s recovery, driving total revenue to surge by 9% and hit HKD2.3 billion, equivalent to USD296 million.
MGM stated that “it is evident that our strength in premium mass is positioning us well as the market gradually turns the corner.”
Both properties saw year-on-year increases in mass-market revenue, yet downturns in the VIP sector during Q1.
The VIP table games turnover declined by 34.2% and 26.0% for MGM Macau and MGM Cotai.
“MGM China is confident in Macau’s longer-term growth prospects and will continue to invest in strengthening our market position,” Hubert Wang, president & chief operating officer of MGM China previously stated in the earnings memo.