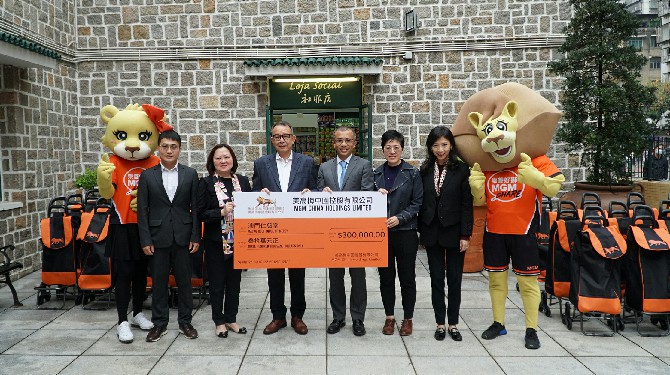 MGM donated MOP300,000 to the Macau Holy House of Mercy’s Welfare Shop project, financing the distribution of food hampers to nearly 400 local underprivileged households. Over the past nine years in supporting this meaningful project, MGM has contributed a total of MOP2.6 million to date, the gaming operator announced in a statement.
On April 9, MGM’s Golden Lion Volunteer Team visited The Rehabilitation Centre for the Blind of Macau Holy House of Mercy.
In response to the government’s epidemic-prevention guidance to avoid gathering in large groups, the food hamper distribution was done over the span of three days on April 7 to 9. Over 20 MGM management team members and Golden Lion volunteers took part in packing the daily necessities that included rice, noodles, canned food, oatmeal and cooking oil, into MGM’s tailor-made eco-friendly handcarts. These hampers were distributed to the underprivileged.