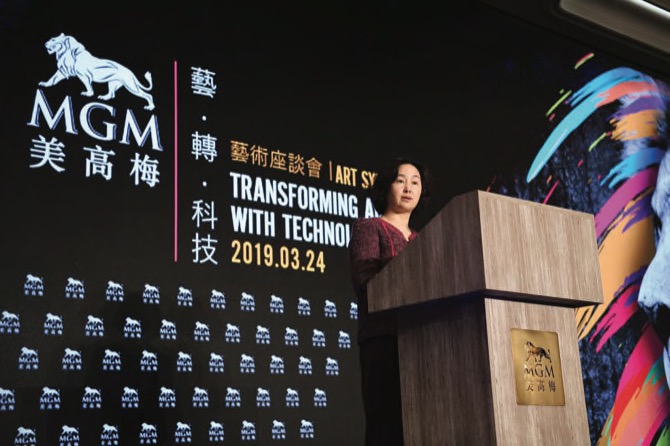 MGM presented the second MGM Art Symposium at its Cotai property yesterday with the theme “Transforming Art with Technology,” inviting renowned creatives to share their insights on art, science and digital technology.

Moderated by Tim Marlow, artistic director of the Royal Academy of Arts, the inaugural topic “Redefining Public Art,” discussed the nature of digital art, assessing a new range of art forms that changed artwork presentation, as well as examining the life cycles of new art forms through technology.

The session also identified the challenges that art collectors are facing in the digital age.

Other speakers, Michael Govan, CEO, and Wallis Annenberg, director at Los Angeles County Museum of Art, commented on the fragility of digital artworks as compared to physical ones. 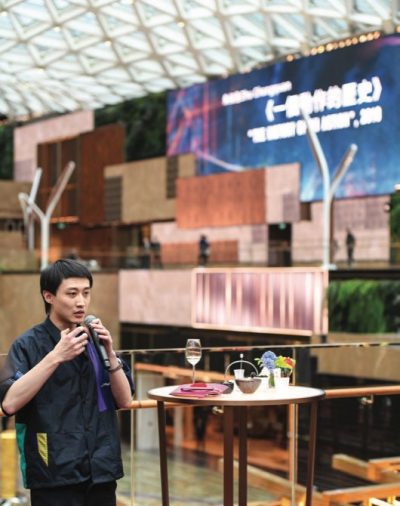 “A lot of digital artworks are a bit fragile and they have to be cared for. I’d put technology into another category,” said Govan during the session. “The fragility of that is something that works for me.”

Yang, a contemporary artist, expressed his enthusiasm for the dragon as a symbol in traditional Chinese culture, where the symbol has been transformed through the passage of time. In the modern day, it is recognized as a symbol of prosperity and good fortune, whereas before it represented literati spirit and integrity.

According to Yang, the work was initially inspired by a Southern painting titled “Nine Dragons,” one of the most classical dragon motifs in Asian art history.

Titled “The History of an Action, 2019,” the video featured an 18-minute work that disassembles events, symbols, and visual expressions.

The gaming operator announced that the works will be showcased three times daily until September 7, 2019. MGM said that the project was part of its commitment to “bringing Macau to the world, and the world to Macau.”

“We endeavor to reinvent art expression through innovative technology, offering diversified art and entertainment experiences for local people, 70 million population of the Greater Bay Area, as well as over 35 million visitors to Macau every year,” said Pansy Ho, co-chairperson and executive director of MGM China at the event.

The forum also invited Jeffrey Shaw, chair professor at the School of Creative Media at City University of Hong Kong, as well as Bas van Beek, a multidisciplinary artist who studies archive material, and restores, adjusts and digitizes designs that are often either not produced or not published.  LV