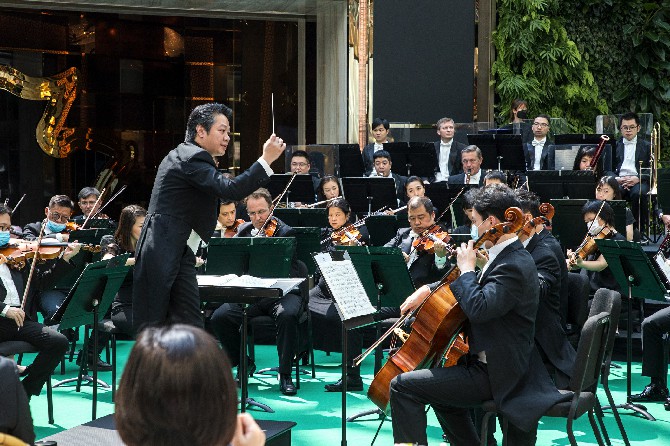 MGM has partnered with the Macao Orchestra to present the “Celebrating the 50th Anniversary of Earth Day: A Tribute to Nature” concert at its integrated resort in Cotai over the weekend.
Hundreds of people enjoyed the classical melodies performed inside the award-winning Spectacle at MGM Cotai.
According to MGM, the concert was intended to bring classical music closer to the public. The performance piece, Beethoven’s Symphony No. 6 in F major, Op. 68 “Pastoral” was composed in 1808 and illustrates a scene in a restful countryside setting blessed with serenity after a tempest. The final movement especially demonstrates Beethoven’s affinity with nature.
A space that integrates both nature and advanced technology, both organizers believe that the Spectacle was an ideal venue for the 360-degree storytelling of “Pastoral” and for amplifying the message of Earth Day.