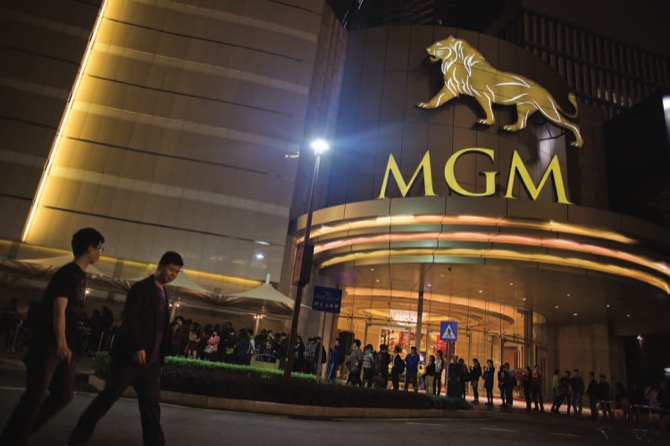 The casinos of MGM Macau and MGM Cotai are not using facial recognition technology in their surveillance systems, according to CEO and Chief Executive Officer of MGM China, Grant Bowie, who said that installing such technology involved complicated data privacy issues.

Speaking to the press on the sidelines of the official opening ceremony of the MGM International Lion Dance Championship, Bowie shared his belief that the company’s current monitoring system is sufficient to ensure the casino’s operation remains normal and safe.

However, it pledged to comply with the government’s guidelines for installing facial recognition system, should it choose to do so in future.

Last month, the Gaming Inspection and Coordination Bureau (DICJ) said that casino artificial intelligence facial recognition systems will only be used for security purposes, and not for tracking gambler’s behavior as previously reported by Bloomberg.

The regulator also previously confirmed that there are now two or three operators that are using facial recognition systems. It said that this could be one method to enforce Macau’s city-wide casino entry ban for gaming staff at any of the six operators or their satellite affiliates.

However, the gaming bureau said that the use of facial recognition technology would still need the government’s approval before it is introduced inside specific venues.

Meanwhile, commenting on incoming Chief Executive Ho Iat Seng, Bowie remarked, “we’ve spoken in the past but the candidate is always extremely busy spending a lot of time canvassing comments from the community. We look forward to working with him to continue to allow Macau to prosper.”

The comments were made on the sidelines of the MGM International Lion Dance Championship. MGM announced that this year’s championship will take place place at the MGM Theater at MGM Cotai on November 23 and 24, gathering lion dance teams from all over the world to perform and compete with one another.

Further, a certificate presentation session was also held yesterday to congratulate the fresh graduates of the 5th Junior Lion Dance Training Program, which took place over the past seven weeks.

A total of 76 graduates aged between five and eight were awarded with certificates.