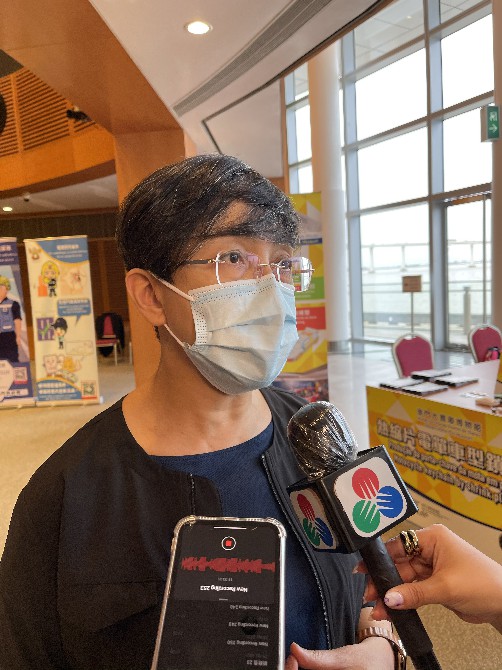 Considering the tourism heat during the past May 1 long holiday period, Maria Helena de Senna Fernandes, director of the Macao Government Tourism Office (MGTO) expressed her confidence in tourism performance during the coming summer holidays.
Speaking at a sideline of a public event yesterday, the MGTO director compared the city’s tourism performance this past holiday period with several holiday periods last year, highlighting the improvements recorded.
“I guess the entire industry is very confident that the coming summer could be a very good period,” Fernandes said. She stressed that a lot of promotions are being or will be run in mainland China to familiarize people there of Macau’s position as a safe city for travel.
She also noted that during the holiday period starting from May 1, tourists stayed for more nights than pre-Covid-19 times. She disclosed that some tourists even stayed for five nights, compared to a night or so normally.
Fernandes attributed that to cheaper rooms, dining and shopping options. In addition, she noted that the authority was inspired to think that the city needs more attractions to cater to tourists who stay longer than normal.
Previous news reports have pointed out that Grand Lisboa Palace is gearing up to open in the first half of the year. When questioned about that, the MGTO director said she had no update to provide.
However, she admitted that applications for licenses have been received from the resort owner. Normal procedures must be carried out and the MGTO will ensure all requirements are met before a license is issued to the resort.