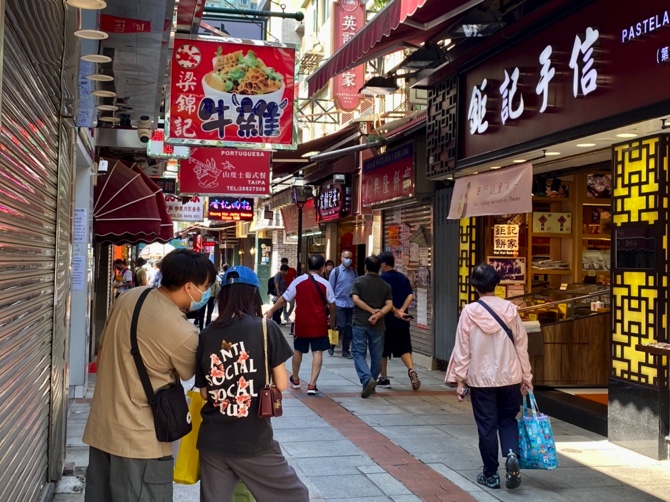 Dubbed the Golden Week, the seven-day holiday is a major event in mainland China, with the other being the May 1 holiday, which also lasts seven days.

“I believe that the number of visitors will not increase quickly under the pandemic, but the authorities will prepare golden week well,” said Senna Fernandes.

Currently, due to the pandemic rebound in mainland China, many cities are worried that the pandemic will grow more serious during the Golden Week.

Senna Fernandes said the “Macao Week in Shandong and Qingdao” activities will be postponed due to the pandemic, and mainland authorities have published a notice to call for reduced activities.

MGTO will comply with the pandemic prevention measure by suspending offline promotion, and using online promotion.

The Hong Kong and Macao Affairs Office of the State Council has indicated that Chinese authorities will promote measures actively supporting Macau tourism depending on a request from the Macau Government.

Senna Fernandes said they are already preparing the relevant work, and deciding on suitable timing.

The official said the plan for the “2023 Parade for Celebration of the Year of the Tiger,” was the same as last year, and that the event will take place on the third day of the Chinese Lunar New Year and another week.

Earlier this week, the validity of the nucleic acid test (NAT) taken for the purpose of crossing the border, previously 24 hours, was changed to 48 hours, a measure that will likely boost tourism arrivals in the upcoming Golden Week holidays. Staff Reporter