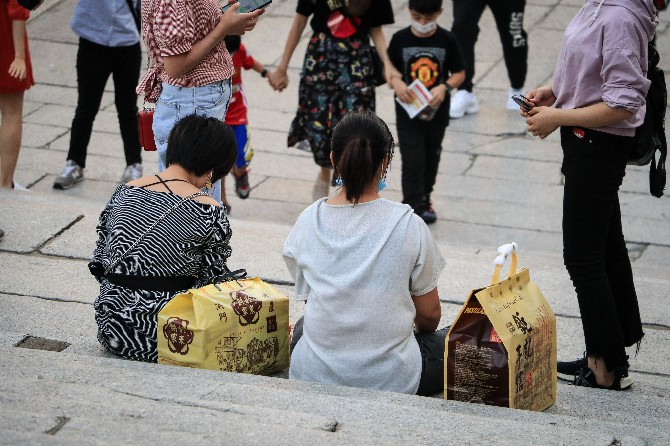 The local government has adjusted its predictions for tourist arrival numbers during the upcoming Chinese New Year holiday as a result of mainland China issuing travel warnings to its citizens.
Yesterday, the deputy director of the Macao Government Tourism Office, Ricky Hoi, informed the media on the sidelines of the Smart Tourism Symposium 2021 at the University of Macau.
According to statistics from the Public Security Police Force (PSP), tourist arrivals in the Macau SAR stood at around 39,000 for the first two days of the year, with the majority arriving on January 1. Macau had 22,000 visitors on the first day of the year, while there was an influx of 17,000 tourists on the second day.
Based on past tourism numbers, Macau normally records a higher number in tourist arrivals during the Chinese New Year holiday compared with the New Year holiday.
Previously, Andy Wu Keng Kuong, president of the Macau Travel Industry Council, had anticipated that the tourist arrivals on a single day could reach 35,000 during the Chinese New Year.
However, speaking to the media, Hoi said that the government has actually lowered its expectations for tourist arrivals during Chinese New Year, especially following mainland China’s recent travel warning to its citizens.
“We all know that there is a slight return of Covid-19 cases in mainland China recently. Mainland China has also tightened its pandemic countermeasures. Mainland China does not really encourage its people to travel too much during the Spring Festival,” said Hoi.
“As a result of this measure [the mainland’s travel warning], we believe that tourist arrivals will be lower than our previous expectations,” said Hoi.
During a press conference held earlier this month, Wang Bin, a National Health Commission of China official, advocated that “throughout the Spring Festival travel season, try to avoid unnecessary trips. If you must travel, pay attention to traffic and tourism information. At the same time, you must also pay attention to the [routes] to avoid the peaks. During travel, individuals should protect themselves during the whole process and should avoid going to crowded places as much as possible.”
Hoi reiterated that at current stage, the Macau government’s priority is to prevent the occurrence of Covid-19 cases in Macau.

“We have been discussing [this] with the cultural and tourism authority of mainland China. Temporarily, based on the message we received last time, only when the pandemic situation is stabilized will we consider resumption of package tours,” said Hoi.
According to Hoi, the government is not expecting international tourism to recover within this year and is largely depending on the mainland China market.