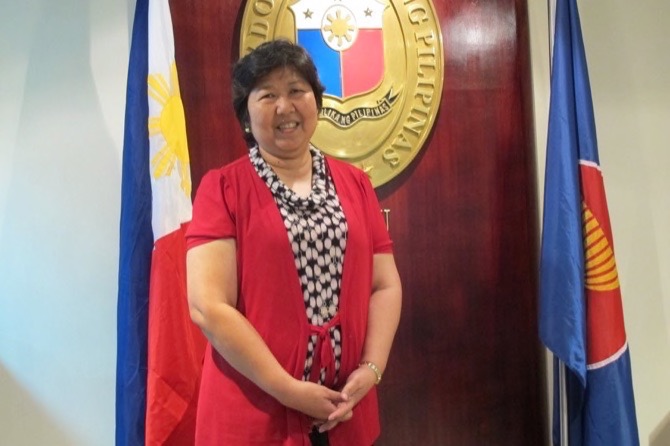 A local migrant association group is calling on the Philippine Consul General to resign over comments made last week regarding the concerns of domestic workers.

The Green Philippines Migrant Workers Union stated in a letter that Consul General Lilybeth Deapera’s statements were “against the interest of Filipino migrant workers,” adding that she had failed to defend workers’ rights.

During the 121st Proclamation of Philippine Independence held on June 12, the press questioned Deapera on whether the decision to exclude domestic workers from the minimum wage bill was fair, as many domestic workers thought the bill was discriminatory.

“It’s the market forces that dictate and of course the workers also have options to not work here,” she previously said.

Deapera’s statement caused an outcry amongst some Filipino migrant workers, stressing that it should be the consulate to assist them in fighting for and in protection of their rights.

For the association, “it is deeply regrettable that the Consul General of the Philippines itself says that it is our choice not to work in Macau.”

“This is deplorable considering the fact that it should be the Philippine Consulate that must speak, protect and fight for the fair rights, well-being and salary of migrant workers. They are diplomats, they have the voice and the power to represent the workers,” the letter, addressed to Philippine President Rodrigo Duterte, added.

The association argued that since the Philippines does not offer similar conditions and opportunities, the alternative was not viable.

However, many also were quick to defend the consulate official on social media, noting that the exclusion from the minimum wage bill was not in the control of the consulate, as it operates in a foreign state.

Some also criticized that a few workers do not respect the laws and policies of the host country.

Meanwhile, Deapera implied last week that the community should also consider how they could protect their rights.

The official also recalled that the consulate has always been encouraging Filipinos to go through the proper procedure of applying for jobs in the city, such as by going through the Philippine Overseas Employment Agency (POEA).

Through the government bureau, a crash course in Mandarin or Cantonese is mandated so that the language barrier would not be an issue once they are employed in Macau.

However, since Philippine passport holders are given 30 days upon arrival in Macau, they normally seek employment through referrals or agencies.

Currently, the petition has about 100 signatures. The aim of the association is to gather 1,000 signatures from Filipino workers in Macau.

On Sunday, the association will gather at Leal Senado to collect signatures from the community.

The Times contacted the consulate and the association but they did not reply by press time.