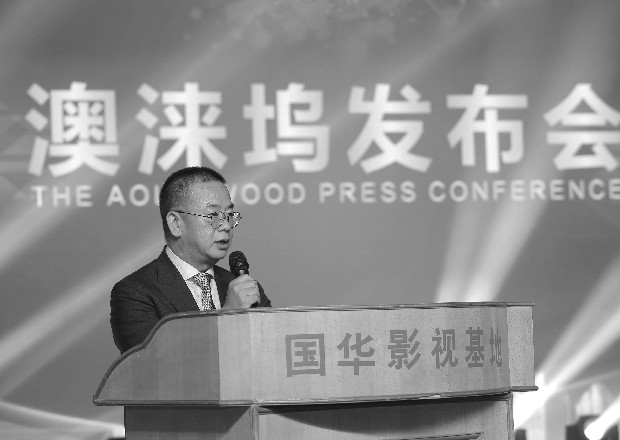 A new, landmark film and television venture named “China Mollywood” was launched early this week. It aims to strengthen the international competitiveness of the Chinese film market and initiate a new film models with Chinese characteristics, Business Wire reported.
“Mollywood will be built into another cultural industry cluster with the output value of hundreds of billions of dollars in the future for the diversified development of Macau,” according to the organizers.
Headquartered in Macau and critically acclaimed as the “Eastern Hollywood,” the new project is jointly sponsored by more than 100 renowned Chinese entertainment industry giants, including Wang Haige, Jackie Chan, Yu Dong, Gong Yu, Sammo Hung, Wen Jun, Liu Jiang, Chen Baoguo, Gaowa Siqin and Gong Hanlin.
The new project was officially launched at Xianghe Guohua Film and Television Base in China on Sunday.
Renowned Chinese director Chen Kaige remarked, “Mollywood will speed up building itself as a base for communication and cooperation with the mainstream[ing] of Chinese culture and the coexistence of multiple cultures, and will play a more active role in promoting cultural exchanges between the East and the West, and mutual learning between civilizations.”
Based on the film and music industries, and e-commerce and smart technologies, the project will build a comprehensive ecosystem as a “platform+content+data+community” model and create a “global technology and film culture center in the new era of intelligence.”
Similar to Hollywood and Bollywood, organizers claim that Mollywood will be another world film, music, fashion production and communication hub. It will also become an experimental base for combining technology, film and television.
During the launch, Wang Haige, the World Peace Culture Ambassador and the Chairman of Mollywood Group, said that Mollywood will involve many industries and industrial chains, such as film and television production and distribution, the music industry, big data centers, artificial intelligence, entertainment marketing and advertising, e-commerce, creative exhibitions, fashion entertainment and talent training.
Mollywood aims to promote the coordinated cooperation and joint development of China’s film and television production services.
In addition, Mollywood will establish a “film and television base cooperation certification” mechanism worldwide to form a standardized service system for the connection and integration of film and television production, consultation and coordination services.