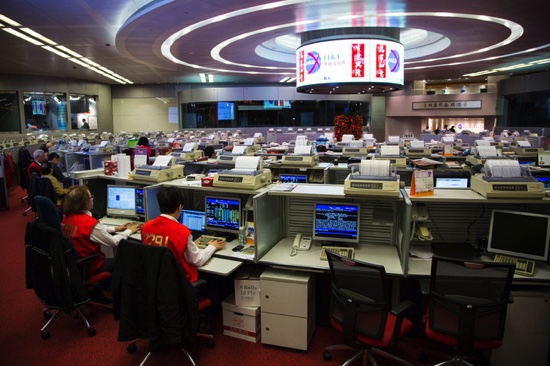 Moody’s Investors Service is challenging a USD3 million fine by Hong Kong’s securities regulator, which accuses the credit rating agency of misconduct over a 2011 report that flagged potential problems at Chinese companies.
Lawyers for Moody’s Hong Kong unit and the Securities and Futures Commission outlined their arguments at a two-day appeals tribunal hearing that began yesterday.
The case is the first of its kind and, together with a separate case against Citron Research, has raised fears about a chilling effect on critical financial research in the semiautonomous Chinese city.
As a former British colony, Hong Kong retains civil liberties such as free speech not seen on the mainland as well as a separate legal and financial system.
The regulator’s complaint last year accused Moody’s of breaching its code of conduct when it issued its report “Red Flags for Emerging-Market Companies: A Focus on China,” which found “red flags” at 49 of 61 companies it screened.
The case hangs on whether the report is considered part of Moody’s primary business of preparing and issuing credit ratings, an activity it is licensed to carry out in Hong Kong by the regulator.
Rating agencies came under the regulator’s supervision in June 2011, a month before the Moody’s report was issued.
Government lawyer Benjamin Yu said the agency’s report was “part and parcel of credit rating services.”
However, Moody’s argued it was supplemental to its main business because it used the unconventional “red flags” methodology to rate companies.
“Our argument is we are not providing credit ratings” with the report, which was aimed at preparing for a possible review of existing ratings, said Adrian Huggins, a lawyer representing Moody’s.
In its 25-page report, Moody’s screened Chinese companies, many of them listed on Hong Kong’s stock exchange, for 20 “red flags” to sniff out weak corporate governance, opaque business models, too-fast growth and poor quality earnings or financial statements.
Some of the companies have since run into trouble, notably Kaisa Group Holdings, a fast-growing property developer that defaulted on its U.S. dollar debt earlier this year as China’s hot property market slowed. Kelvin Chan, Business Writer, Hong Kong, AP