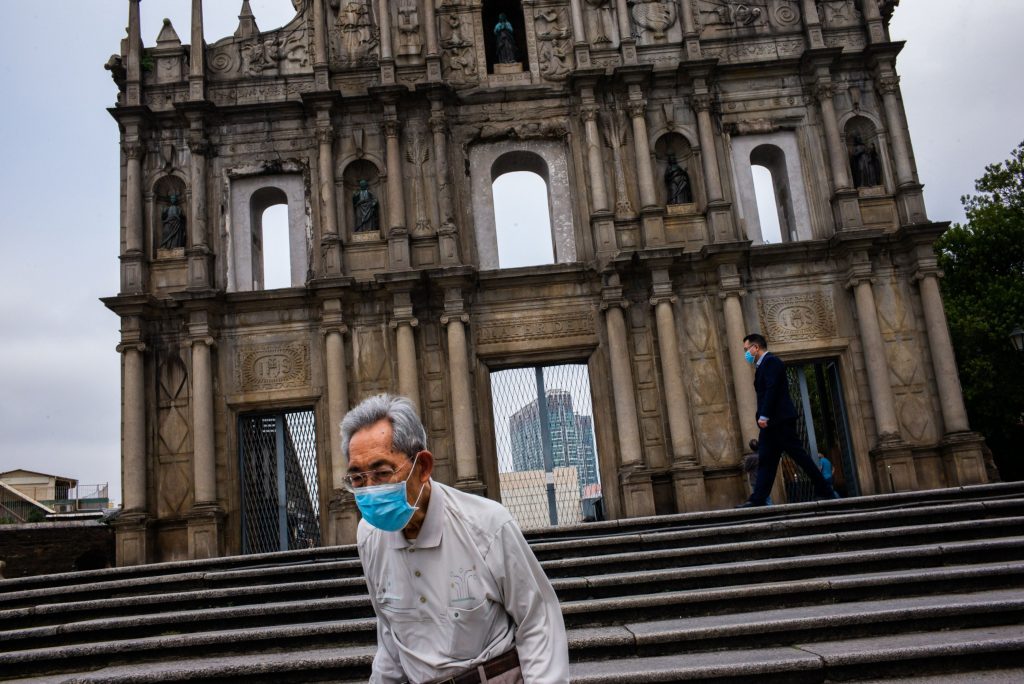 A man wearing a protective mask descends the steps at the Ruins of Saint Paul’s in Macau (Billy H.C. Kwok/Bloomberg)

All mainland provinces will resume issuing non-tourism visas services to Macau, according to a report by Macao Daily News.

Mainland China issues six types of visas and they are G (known as Individual Visit Scheme), L (known as group tour), T (for relative-visiting individuals), S (for business purposes), D (for study or for work) and Q (for other purposes). Permit G and permit L are tourism visas which currently are under identical application policies.

The entire Guangdong province issues travel permit G to Macau and one applicant will only get the visa once every two months, similar to some other IVS cities. However, the majority of mainland cities, both those cities which issue IVS permits and group tour endorsement, do not have any restrictions meaning one person can apply to travel to Macau indefinitely.

Guangdong authority responsible for Covid-19 prevention recently told Wong Chan Man, a Macau member at the Guangdong Chinese People’s Political Consultative Conference, that the other 30 mainland provinces will resume those aforementioned visa services starting from August 12. The Guangdong authority received the information from the State Council of China.

Prior to July 15, mainland had suspended the issuing of five types of permits, except permits for visiting relatives.

Based on the news report, starting from August 12, residents of any mainland province who need to study in Macau, work in Macau or do business in Macau can apply for their travel endorsement.

At current stage, resumption of tourism visas to the Macau SAR remains undisclosed. Within mainland China, free movement between cities and provinces has been resumed for several months.

Macau local government has been in communication with Guangdong government regarding the resumption of mainland’s tourism visas, but only the Central Government is in charge of immigration policies.

Not only the local government has no news on mainland tourism visas, but the Public Security Police Force (PSP) also denied having knowledge about the aforementioned non-tourism visas information.

On today’s (Friday) regular press conference of the Novel Coronavirus Response and Coordination Center, the PSP said that the corporation has not received any formal notification regarding the August 12 resumption.