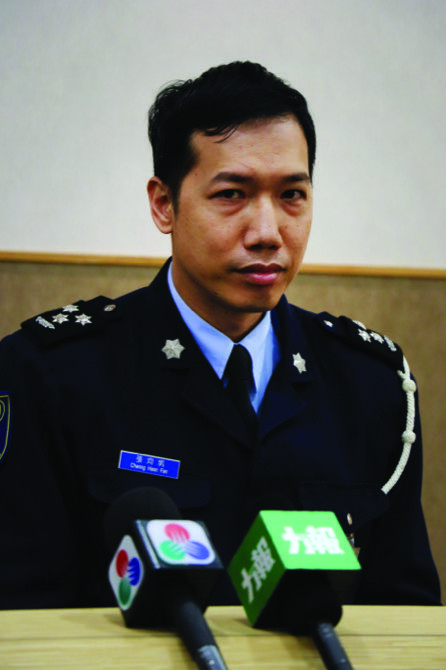 A 22-year-old woman died due to severe injuries resulting from a traffic accident that occurred in Cotai on Friday afternoon.

According to the police report on the case, the woman was riding a light motorcycle at the Avenida Marginal Flor de Lotus in the direction of Coloane and collided with the car that was performing a U-turn in front of Hotel Okura.

What initially appeared to be a serious infraction to the Road Traffic Law, turned out to be an even more complex case. The car, a seven-seater van owned by a local junket operator was being driven by a non-resident worker without a relevant work permit for the profession. The hiring of non-locals as professional drivers is strictly forbidden by law, being one of several jobs exclusively reserved for local residents.

Due to the finding, the Public Security Police Force (PSP) said it transferred the case to the Labor Affairs Bureau (DSAL) for a follow-up investigation.

According to the PSP spokesperson, the driver, a 40-year-old male, is officially employed as an assistant accountant.

On Sunday, the DSAL issued a statement noting that the preliminary investigation had revealed that the driver was performing a job other than the one he had been hired to do by the company.

According to the Macau labor law, when an employee is found to be performing a job that is different from the one he had been hired to do, the employer may incur a fine that ranges between MOP5,000 and MOP10,000.

For the time being, the PSP noted that the driver has been transferred to the Public Prosecution Office (MP) under the charge of homicide by negligence. RM