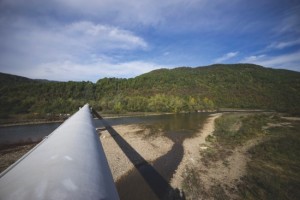 Oil companies operating in Mozambique will need to invest USD31 billion over the next few years to begin exploration of the natural gas reserves discovered in the north of the country, the president of national oil and gas company ENH said last week in Maputo.
Omar Mithá said operating costs could reach US$5.6 billion, to which another US$10 billion must be added for construction of natural gas liquefaction units.
In his estimates the ENH chairman included US$3.3 billion for further development studies and US$4.4 billion in interest payments related to the loans needed to build processing plants and bank costs.
“Then there is a contingency portion of 25 percent, and all together that totals about US$24 billion just for exploration of natural gas discovered in the Area 1 block of the Rovuma basin,” Mithá said, cited by news agency AIM.
The remaining US$7 billion for the total amount of US$31 billion will be invested in the Area 4 block, operated by Italian group ENI, in which ENH holds a 10 percent stake.
Mithá said the amount given was based on a scenario in which 55 percent of the investment is represented by debt and 45 percent by equity.
The investments to be made in those blocks depend on a final investment decision, which should be made by the end of the first quarter of 2016. The time needed to build the processing units is estimated at five years.
To date natural gas deposits of 200 trillion cubic feet have been discovered in both the Area 1 and Area 4 blocks. MDT/Macauhub