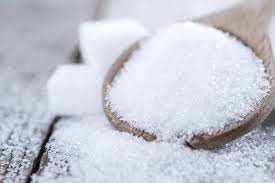 The government of Mozambique has decided to increase benchmark prices for sugar imports in order to protect domestic industry from “unfettered entry of the product from neighboring countries,” said the Minister of Industry and Trade.
Minister Ernesto Tonela said the benchmark price for the import of brown sugar would increase to USD806 per ton, compared to the current US$385, while the price of refined (white) sugar will rise from US$450 to US$932 per ton.
After the cabinet meeting held Tuesday in Maputo, the minister said that the previous benchmark prices for sugar imports had been approved in 2001 and were out of step with the current market reality.
“As a result of this mismatch the amount of Mozambican sugar sold on the national market has been falling continuously in the last three years, so this decision will be an incentive for industry to invest more and create more jobs,” said the minister.
Tonela said the sugar entering the Mozambican market comes from countries whose production is heavily subsidised, which means it is sold at very low prices, “which has a detrimental impact on the industry and on independent small and medium-sized sugarcane producers as well as on members who supply cane to the industry.”
Cited by daily newspaper Notícias, the minister said that in Mozambique there were 22 associations with over 3,000 members and 447 private producers, who are dedicated to sugarcane cultivation to supply the country’s four sugar companies.
The sugar sector in Mozambique suffered a major setback during the civil war, when almost all factories were destroyed and sugarcane fields abandoned, which meant the country depended almost entirely on imports from neighboring countries, especially South Africa, Swaziland and Zimbabwe.  MDT/Macauhub