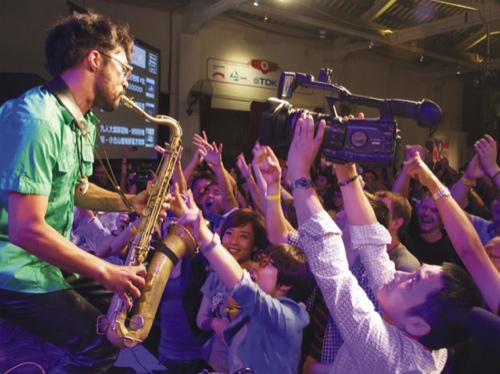 The Beishan International Jazz Festival will take place this weekend at the Beishan Theater in Zhuhai. First launched in 2010, this year’s festival is themed “Let’s Swing.” According to the organizers, the title pays homage to the classic age of American jazz in the mid-20th century and it also “embodies Zhuhai’s current days of glory and excitement.”
This year, the organizers are bringing over 18 bands from 13 different countries to Zhuhai, with concerts taking place tomorrow and on Sunday. The outdoor area has been expanded to host over 2,000 people.
This year’s line-up features, among others JSFA from South Korea (a fusion of traditional jazz and funk music), Simak Dialog from Indonesia (a band deeply influenced by traditional folk music and Gamelan), and Tango Jazz from Argentina (a blend of jazz with tango music).
The 5th Beishan International Jazz Festival coincides with the fifth anniversary of its “sister event,” the Beishan Music Festival. PB