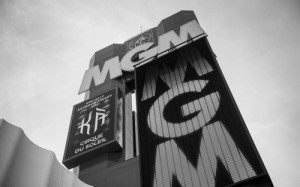 New Jersey casino regulators on Wednesday let MGM Resorts back into the Atlantic City casino market.
The Casino Control Commission voted to let MGM reclaim its 50 percent ownership of the Borgata. MGM decided in 2010 to sell its stake and leave New Jersey rather than cut ties to an Asian business partner in Macau, but a buyer was never found.
The partner’s father is suspected by New Jersey regulators of having organized crime ties to Chinese gangs, but MGM and the family of Pansy Ho deny the allegations. MGM says Ho’s control of the Chinese company has lessened, and that her father, Stanley Ho, is old and sick. Her ownership stake has gone from 50 percent to 24 percent.
“I welcome MGM back to New Jersey,” said Matthew Levinson, the commission’s chairman. “I believe it will be a key player in New Jersey.”
The commission heard MGM executives including CEO James Murren describe how circumstances have changed since 2009 when the New Jersey Division of Gaming Enforcement found that Stanley Ho was an “unsuitable” person under state casino law.
Since then, MGM’s Chinese operation has gone public, and Pansy Ho’s influence has been diluted. She has no management role in its day-to-day operations, nor involvement with the selection of gambling junket operators that bring customers to the Chinese casino.
“We are looking at what has changed,” Levinson said.
The company and an affiliate were fined USD225,000 stemming from what Murren called an embarrassing failure in its corporate oversight role. Los Angeles attorney Terry Christensen, a former MGM board member and a legal confidant to 97-year-old billionaire Kirk Kerkorian, MGM’s largest shareholder, consulted with Murren and others on various company matters after Christensen was indicted and later convicted of wiretapping.
Christensen and a private investigator were convicted of tapping the phone of Kerkorian’s ex-wife, Lisa Bonder Kerkorian, in 2002. Yet Murren said he still took calls from Christensen afterward.
“We made that mistake as a company and I made it as chairman,” Murren said. “It is one I will never forget and I will always regret.”
Since 2010, MGM’s half ownership of Borgata has been held in a trust while a buyer was sought for it.
The commission’s action will allow MGM to re-engage with its onetime partner, Boyd Gaming, which owns the other half of Borgata, and had declined to exercise its option to buy the whole thing. Wayne Parry, Atlantic City, Bloomberg