New library expected to open by 2020 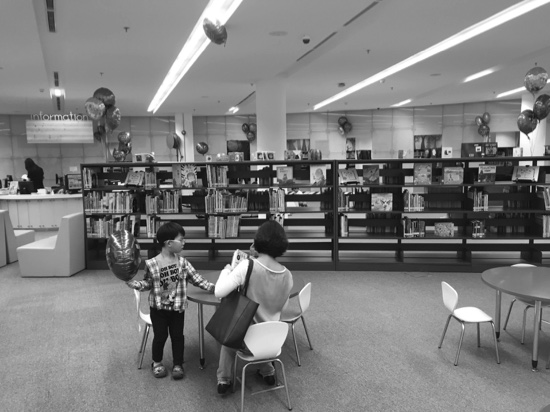 Aspect of the new Taipa Library

The new Central Library, which will be built inside of the old courthouse and the former Judiciary Police headquarters at Praia Grande, is expected to open to the public in 2020. The president of the Cultural Affairs Bureau, Ung Vai Meng, assured heritage conservationists that the original building would not be undermined and that the new tower soaring above it.
Asked about when the new facility would be open to citizens, Ung apologized to the public and pleaded for understanding. “This is the largest project we’ve ever taken on, the design and construction are very complicated. Previously we’ve considered here and there for the site, but they didn’t work out; so we thought, why don’t we make good use of the existing properties we possess?” he explained, revealing that the building will comprise 11 or 12 stories, including the basement. All up, the bureau’s president indicated that the new library would be “far bigger than the capacity of the Sir Robert Ho Tung Library.”
The bureau held an opening ceremony for the Taipa Library yesterday, officially inaugurating what is currently the largest public library in Macau, after it passed a trial operation that began on April 15.
Situated underground, beneath the Taipa Central Park, the library is about 2,200 square meters in total area, with an estimated storage capacity of up to 150,000 volumes and approximately 400 seats for reading. One of its highlights is the Children’s section. With a specially designated theme for parents and children, it offers over 30,000 children’s volumes, offering the most significant collection of all the branch libraries.
“Other features such as a nursery room, a baby-trolley parking area and a children’s theatre are also available. Besides, the library has organized several activities for parents and children, which were highly appreciated by the public,” the IC indicated.
The Taipa Library also has the largest multimedia room out of all Macau’s public libraries, offering over 7,000 multimedia materials. Aside from providing various types of films in the film room, the library also plans to organize regular workshops, seminars and art education activities.
Taking into consideration the characteristics of the residential population distribution in Taipa, the authorities have also increased the number of foreign reading materials and the corresponding multimedia equipment in the library.
“This makes the library particularly rich in foreign-language materials,” it stated, adding that it is also the first library affiliated with the IC that operates a self-check system to allow self-service for book loans and returns.
Officiating the library, the Secretary for Social Affairs and Culture, Alexis Tam, told media that the government will continue increasing investment in public libraries in order to “facilitate civil education, cultivate citizens’ reading habits, and promote a culture of reading in society.” Moreover, he said that the service hours of libraries are expected to be extended to operating around the clock.
With earlier statistics showing that residents are borrowing less books from public libraries, the Director of the Macao Central Library, Tang Mei Lin, explained that people’s reading habits have changed in recent years along with their busy lifestyles, the popularity of electronic books, and their desire to spend spare time in the library. In order to better develop Macau’s public libraries, the IC has scheduled a survey on library services to be conducted within the year.