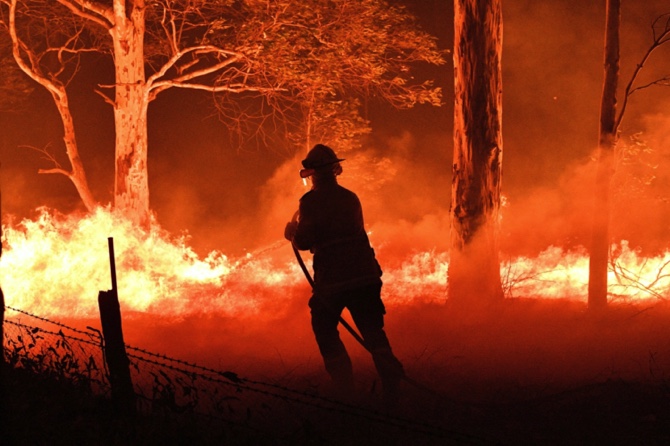 Australia’s wildfire crisis intensified this week as coastal towns across the southeast caught ablaze, forcing thousands of stranded tourists and locals to seek refuge on beaches.

Thick black smoke billowing from infernos in Victoria and New South Wales states turned the morning sky pitch black or choked the coastline in a haunting red haze. Two people were killed as a fire ripped through the small community of Cobargo, taking the death toll since the devastating fire season began several weeks ago to 12. Five others are missing.

There’s no end in sight to the emergency as strong winds fan flames, wreaking havoc in popular tourist spots such as Batemans Bay during the peak summer holiday season.

“It’s been a truly awful day,” New South Wales Rural Fire Service Commissioner Shane Fitzsimmons told reporters on Tuesday, adding that the fire season was the worst in the state’s history. “We’ve got literally hundreds, thousands of people up and down the coast, taking refuge on the beaches, in clubhouses, surf clubs.”

The crisis gripping the world’s driest inhabited continent has impacted all six states amid a prolonged drought. Almost 4 million hectares of forest and bushland have been destroyed in New South Wales alone. Fires are so intense they are generating their own weather systems, with dry thunderstorms sparking new blazes. They have already pumped out more than half of the country’s annual carbon dioxide emissions, and smoke has drifted some 2,000 kilometers to New Zealand, turning the sky orange early Wednesday in the South Island city of Dunedin. 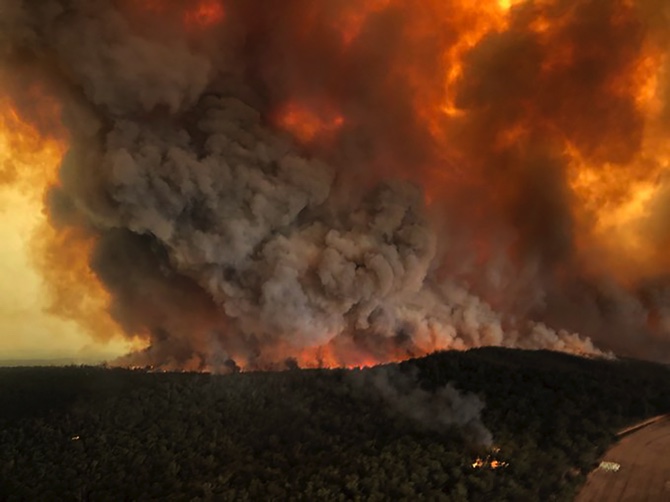 Residents of the Australian capital, Canberra, woke to a new year with air quality more than 23 times the level deemed hazardous as bushfire smoke enveloped the city in a toxic haz

A firefighter was killed on Monday when what authorities described as a “fire tornado” flipped the 10-ton truck he was in.

“We have got three months of hot weather to come. We have a dynamic and a dangerous fire situation across the state,” Victoria’s Emergency Management Commissioner Andrew Crisp told reporters. “We know we have a long way to go with this.”

Energy Minister Angus Taylor defended the government’s record of tackling climate change in an op-ed published in The Australian, saying emissions had fallen in the past year and Australia was meeting its carbon-reduction targets.

“Shrill cries that we should be ‘ashamed to be Australian’ do not ring true with the quiet Australians,” Taylor said. “That won’t stop some commentators telling us that we should feel guilty about our performance on emissions reduction. They are wrong.”

While fires have been burning for weeks, conditions worsened at the weekend as a heatwave pushed temperatures above 40 degrees Celsius in the southeast.

Government data show the nation has never suffered a hotter or drier year than 2019. The average temperature last year was about 1.5 degree Celsius (2.7 Fahrenheit) above the 30-year mean, according to data from the Bureau of Meteorology, which goes back to 1910. Meanwhile, rainfall dropped to its lowest in figures back to 1900.

Authorities last week urged some 30,000 holiday-makers in Victoria’s East Gippsland region to evacuate. Thousands did, but those who remained found themselves trapped as the blazes intermittently shut the main highway. 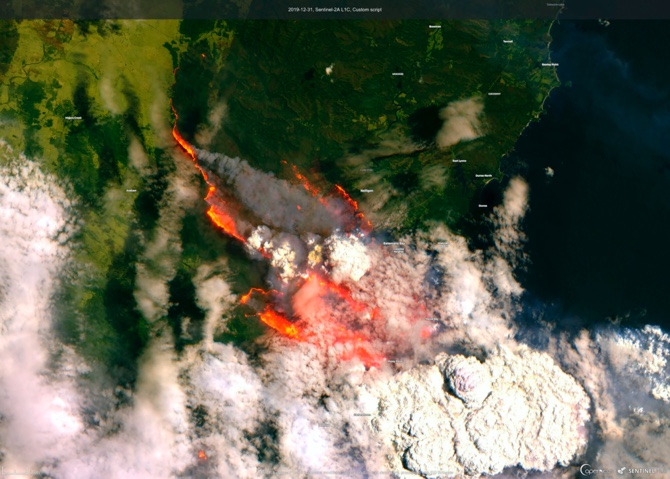 While cities such as Canberra and Parramatta canceled fireworks celebrations to bring in the new year, Sydney’s harborside festivities that draw in tens of thousands of tourists will go ahead.

The city council rejected a petition calling for the display to be scrapped and the money to be donated to bushfire and drought relief projects, saying the event is watched by millions of people worldwide and generates AUD130 million ($91 million) for the local economy. MDT/Agencies