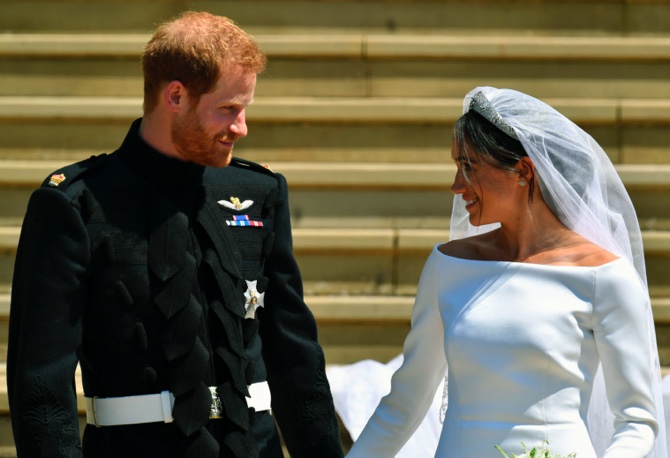 The announcement by Prince Harry and Meghan Markle — aka the Duke and Duchess of Sussex — that they’re stepping back from being “senior” members of Britain’s Royal Family should have come as no great surprise to royal watchers who have watched the pair struggle in the glare of the spotlight over the past year.

Queen Elizabeth II’s grandson, Prince Harry, and his American actress wife, Meghan Markle, said they’ll “step back” from their roles as senior members of the royal family and “work to become financially independent.”

“We now plan to balance our time between the United Kingdom and North America, continuing to honor our duty to the Queen, the Commonwealth, and our patronages,” the couple, known as the Duke and Duchess of Sussex, said in an emailed statement. “This geographic balance will enable us to raise our son with an appreciation for the royal tradition into which he was born, while also providing our family with the space to focus on the next chapter, including the launch of our new charitable entity.”

The decision to step back from public life followed “many months of reflection and internal discussion,” the couple said, adding that they would share further details of their charitable venture “in due course.” Prince Harry isn’t in the direct line of succession to the throne, and is preceded by his father, Prince Charles, his brother Prince William, and William’s three children. 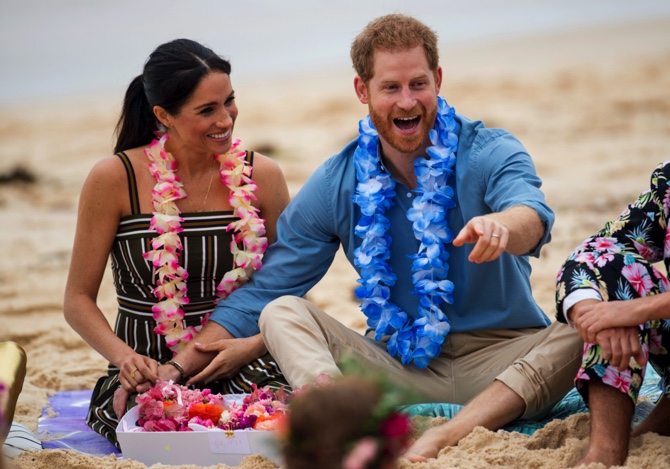 The move by the 35-year-old prince and his 38-year-old wife seeks to draw a line under what has been a fraught period for the couple. The U.K. tabloid press has been filled with negative stories about Markle since the couple’s marriage in 2018, leading her to take legal action against Associated Newspapers. On Oct. 1, Prince Harry issued a statement drawing a parallel between her treatment by the press and that of his mother, Princess Diana, who died in a car crash in Paris in 1997 while being pursued by photographers.

“My wife has become one of the latest victims of a British tabloid press that wages campaigns against individuals with no thought to the consequences – ruthless campaign that has escalated over the past year, throughout her pregnancy and while raising our newborn son,” Harry said in his Oct. 1 statement. “I’ve seen what happens when someone I love is commoditized to the point that they are no longer treated or seen as a real person. I lost my mother, and now I watch my wife falling victim to the same powerful forces.”

In a sign of divisions within the Royal family, the Queen’s office issued a statement saying discussions with the Duke and Duchess of Sussex “are at an early stage.”

“We understand their desire to take a different approach, but these are complicated issues that will take time to work through,” the statement said.

The couple’s ambition to become financially independent suggests they may stop drawing on public funds. At present, they’re paid from a mixture of money from the sovereign grant, which is an annual payment by the U.K. Treasury to the Royal Household, supplemented by revenues from the Duchy of Cornwall, the estate of Prince Charles, the heir to the throne.

Prince Harry isn’t in the direct line of succession to the throne. He’s preceded by his father, Prince Charles; his brother, Prince William; and William’s three children.

According to some analysts, the public-speaking circuit is likely to come calling.

The pair could each get more than $100,000 per appearance, estimates Jeff Jacobson, co-founder of the Talent Bureau speaking agency. And Harry, 35, should be able to command nearly as much as former U.S. President Barack Obama, who can get about $500,000 a pop, he said.

“I would imagine they are going to start having these conversations ASAP, if they haven’t already,” said Jacobson, who has booked engagements for Steve Wozniak and Bob Woodward. “I suspect they will both get on the circuit, and it will be one of Harry’s primary revenue streams.”

There is some precedent for royals joining the speaking circuit. Queen Noor of Jordan has been a paid speaker for a long time. So has Sarah Ferguson, the Duchess of York, who has served as a spokeswoman for WW International Inc., formerly known as Weight Watchers. MDT/Bloomberg