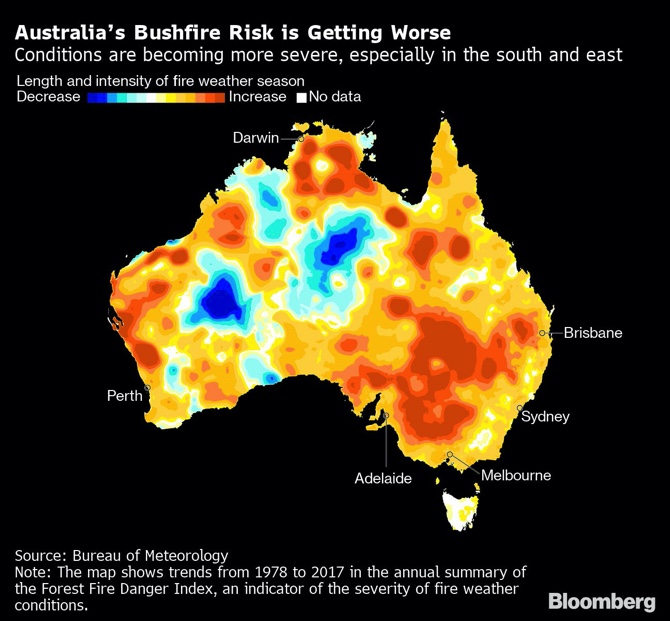 The fabric of Australian life, that sun-licked, healthy, outdoor way of living that has drawn people to the continent for decades, is under assault.

The unprecedented wildfires that have killed at least 28 people, incinerated an area almost the size of England and blanketed cities with toxic smoke, have also dealt a psychological blow to the nation. Behind the debris of the disaster lies the dread among many Australians that more of these extreme, weather-driven catastrophes could threaten the outdoor lifestyle for which the nation is famous.

“This is going to change the whole way we organize our lives,” said Angela Rintoul, a 39-year-old health policy researcher from Melbourne, who was stranded in the beachside resort of Mallacoota on the southeast coast with her 17-month-old son Rex, partner and parents when fire swept into town in the final days of 2019.

They sheltered in a cinema with about 650 others as flames raced through the main street. Rintoul and her family were eventually evacuated on an Australian Navy transport ship, the 16,000-ton HMAS Choules. She fears it may become too risky to spend summer vacations at the beach or in the wilderness.

Rintoul said the crisis, which has burned through more than 10 million hectares across all six Australian states, destroyed or damaged more than 3,000 homes and killed an estimated 1 billion native animals, is making her think about bigger things than just holiday plans: “Our future in general, what we are leaving our children, and the world we are creating for them.”

Coordinating a nationwide response, Prime Minister Scott Morrison has sent in 3,000 army reservists to help the largely volunteer rural fire services and committed AUD2 billion ($1.4 billion) for the recovery. Still he’s refused to step up efforts to curb carbon emissions at the expense of jobs and growth, instead focusing on practical steps Australia can take to become more resilient to climate-driven threats, including building dams, clearing land and being more discriminating about where homes can be built.

But it’s beyond any government to control the climate. Australia’s crisis is a wake-up call for individuals to shake off the lethargy that has long blighted efforts to slow global warming, and take personal responsibility for the impact it’s having on their lives.

While heavy weekend rains bought some relief to firefighters, more than 60 blazes are still burning across New South Wales, according to the Rural Fire Service. Conditions are set to worsen again.

Australian school kids, reared on a diet of outdoor play and sunscreen, have been shuttered inside this fire season to escape what at times has been the most dangerous air on the planet. Cherished beaches have been turned into refuges of last resort for thousands of holidaymakers escaping massive fires tearing through forested coastal communities. Dozens of national parks — home to remote walks and camping grounds, eucalyptus trees, wallabies and koalas – have closed, if they haven’t burned out.

It’s a trajectory with parallels in wildfire-ravaged California, perhaps Australia’s most obvious equivalent in the northern hemisphere. Both Australia and the Golden State have hot and dry summers, beaches, forests and vineyards, and both appear to be on a collision course with a changing global climate.

The warnings about the frequency and severity of Australia’s bushfires have been sounded by government scientists and the United Nations since at least 2007. According to the Bureau of Meteorology, dangerous bushfire conditions are becoming more common, with the season starting earlier in southern and eastern parts of Australia.

It’s difficult to overstate Australians’ affinity with the ocean, the beach and the “bush,” a catch-all reference to rural life. During the southern hemisphere summer holiday season that peaks in January, Australia’s urban populations drain into bays along the coast and the green hinterlands. Regional towns swell with visitors and campgrounds that are empty in winter suddenly throng. It’s where the fires have hit the hardest.

For those left in Brisbane, Sydney or Melbourne, summer is typically a period of barbecues, outdoor festivals and cooling swims in open-air pools. Bushfires are normally a distant distraction.

That changed on Nov. 11, when authorities said Sydney faced a “catastrophic” fire-danger rating for the first time. Since then, winds have sporadically blown in thick smoke from outlying blazes.

The rhythm is now different in the city, where grassy parks and famous sandy strips such as Bondi Beach usually bustle with runners, exercise classes and families.

Nicholas Chapman, who runs outdoor training sessions about 3 kilometers from the Sydney Opera House at Rushcutters Bay, says the smoke on the worst days last month made his clients light-headed, dehydrated and short of breath, and his own eyes started weeping. He’s started moving classes indoors.

“It’s a big shift in how you think, how you live,” said Chapman. “I’ve got a little girl, and there’s been days when I haven’t taken her to the park to run around. When has an Australian had to think about that as a thing? That’s really sad.”

Kids are among those most at risk from the harmful particles in woodfire smoke, doctors say. The tiny matter can embed itself deep in the lungs, heightening the risk of cardiovascular and respiratory disease, and cancers.

It’s this fallout that particularly worries Kathy Patrick, the general manager of Kidz Child Care, which has five centers for pre-schoolers in eastern New South Wales. This season’s smoke has kept children indoors more than ever, and Patrick said she had to temporarily close the southernmost site after fires reached Batemans Bay just before New Year.

“I feel it might be part of the new normal,” said Patrick, who’s worked in the childcare industry for more than two decades. “It’s going to be very sad for our children that they don’t have that outdoor play.”

Patrick, an asthmatic, said she’s had to increase her medication and she fears the children will develop more health issues, too. That enviable life she loved? “It’s kind of disappeared,” she said.

Even Australians who haven’t been directly impacted by the fires have been saturated with viral images of the disaster: Charred livestock; dying koalas, blow-torched properties; and mid-morning rural skies that have turned midnight black with smoke.

The pictures have been so distressing that it may deter people from visiting regional Australia, said Simon Westaway, executive director of the Australian Tourism Industry Council, which represents more than 8,000 tourism businesses.

“Our worry is this is really going to infringe on people’s minds,” said Westaway.

Rob Vickers, owner of the Aussie Boatshed hire business in Forster, a coastal town about a 3 1/2-hour drive north of Sydney, says the fires are already putting people off.

Bushfires north of Forster blanketed the town with smoke in October and deposited a scum of ash onto surrounding beaches. Vickers says kayak rentals dried up and demand hasn’t yet recovered.

“I think everyone was a bit too scared to leave their houses,” said Vickers, who was evacuated from his home twice last year because of the fire risk. “If we get this every summer, it would be devastating.”

Critics of those who link the crisis to climate change argue that Australia, the world’s driest-inhabited continent, is no stranger to fire and drought. But data suggests this is no ordinary cycle. Last year was the hottest since 1910 and the driest in data going back to 1900, according to Australia’s Bureau of Meteorology.

“This isn’t a flash in a pan,” said David Bowman, a professor of pyrogeography and fire science at the University of Tasmania who has studied bushfires in Australia for 40 years. “We’re going to have to change.” Angus Whitley, Bloomberg