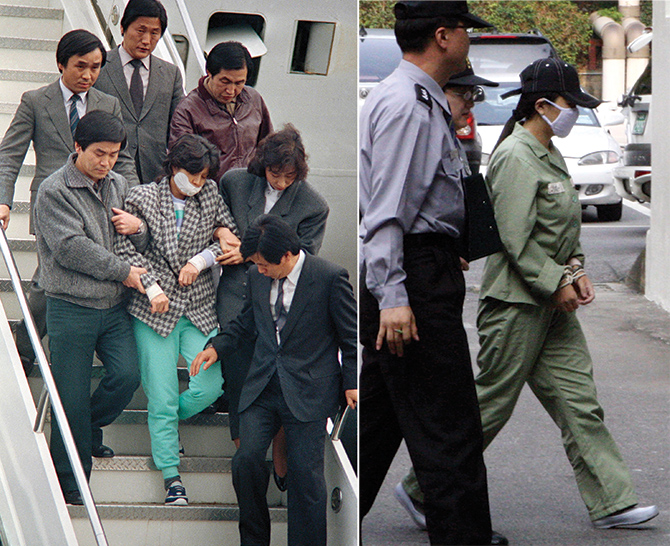 [Left image] Spy Kim Hyon-hui (center) with her mouth taped is taken out from a plane upon her arrival in Seoul, South Korea, from Bahrain, after she bombed a Korean Air jetliner in November 1987
[Right image] Spy Won Jeong-hwa (right) arrives at the Suwon District Court in Suwon, South Korea. Won, was arrested and sentenced to five years in prison in 2008

A South Korean passenger plane that exploded off the coast of Southeast Asia. Army officers lured into sexual encounters. A secret agent spirited back to North Korea in a tiny submarine.

North Korea has a long history of dispatching female spies on some of its most dangerous and deadly assignments. So the arrests of two women in connection with the apparent killing this week of an exiled member of North Korea’s ruling family has helped fuel suspicions that the North was involved in the mysterious death.

South Korea’s intelligence agency believes that two women poisoned Kim Jong Nam, the half brother of North Korea’s ruler, as he stood in a shopping area at the Kuala Lumpur airport. But authorities have so far revealed very little information about Kim’s death or the women.

Here is a look at some of North Korea’s most famous female spies. 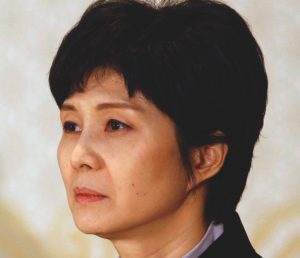 In November 1987, two North Korean agents posing as a father and daughter left a time bomb on a South Korean jetliner when it stopped in Abu Dhabi during a flight from Baghdad to Seoul. The plane exploded off the coast of Myanmar, killing all 115 people aboard, South Korean investigators say.

When the two, who were traveling with fake Japanese passports, faced arrest at a Bahrain airport, the 72-year-old male agent killed himself by biting a cyanide-tipped Marlboro cigarette. But the woman, Kim Hyon-hui, was stopped just before taking the poison.

After being extradited to Seoul, Kim, then around 27, told investigators that the bombing was intended to disrupt the Seoul Summer Olympics, set to begin 10 months later.

Kim was sentenced to death but was eventually pardoned on the grounds that she was duped by North Korea’s leaders. She has written several best-selling books and married a former intelligence officer. 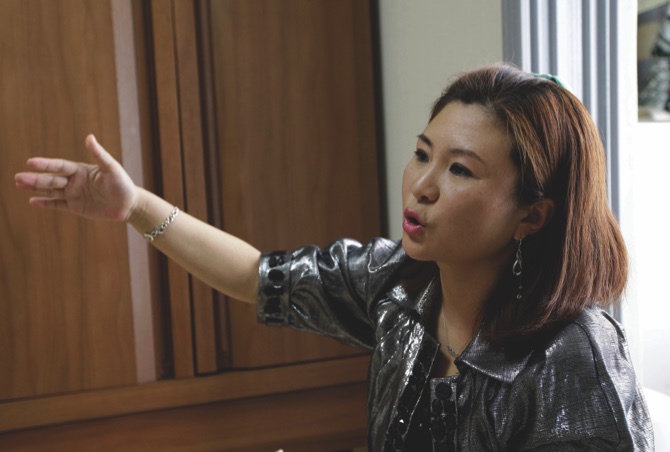 Won Jeong-hwa, who entered South Korea around 2001 by posing as a defector from the North, was arrested and sentenced to five years in prison in 2008. South Korean authorities said she used sex to extract sensitive information from South Korean military officers and plotted to kill other officers. The South Korean media quickly dubbed her “North Korea’s Mata Hari” after the exotic dancer sent to obtain military secrets in World War I.

After her release from prison, Won said her Mata Hari image had been exaggerated by officials and the media, and that she had used sex as a spying tool only once. She said she had fallen in love with a junior army officer.

Won struggled to make a fresh start after her release from prison, amid allegations that she was just a low-level informant whose role was inflated by South Korean prosecutors. Won, however, insists she was a highly trained spy. 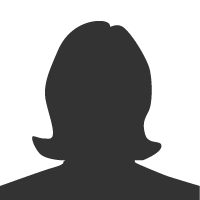 Lee, reportedly ranked 22nd in the North’s political hierarchy, avoided arrest because she had already returned to North Korea by the time the underground party was broken up. A former North Korean agent captured in a separate case in the mid-1990s said he had escorted her to the North in 1990 on board a submersible.

The captured agent said North Korea’s founding leader Kim Il Sung, the grandfather of current leader Kim Jong Un, met Lee twice at one of his villas, awarding her an honorary title and giving her a gold watch engraved with his name.

Lee, who also was a member of the North’s rubber-stamp parliament, died in 2000 and was buried at Pyongyang’s patriots’ cemetery, the ex-agent said. Hyung-Jin Kim, Seoul