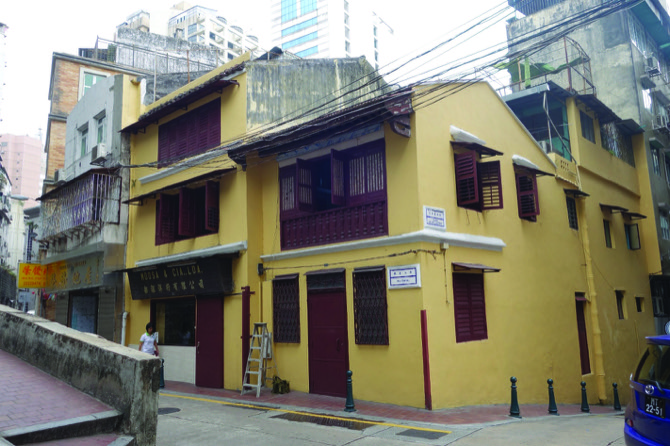 The Moosa House was built before 1880

The public consultation of the second batch of the proposed immovable property classification started yesterday, as announced by the Cultural Affairs Bureau (IC) during yesterday’s press conference.

Eight of these sites are located in the Macau Peninsula with only the Feira do Carmo situated in Taipa.

The Macau SAR government currently owns six of these properties, while the remaining three are privately owned.

For each batch of classification of immovable properties, the IC normally chooses around ten properties.

Originally, the second batch of the proposed immovable properties had 13 in total. However, due to a lack of sufficient documents, the IC decided to only put nine properties up for public consultation in order not to delay their classification progress.

Before the cultural authority placed these nine properties into the classification, the owners of the three private properties were consulted, according to the acting director of the IC, Leong Wai Man.

The entire classification procedure will be completed within 12 months (October 30 of 2019), and the results will be announced soon after.

Buffer areas have been provided for four of the above-mentioned nine properties, according to a dispatch published yesterday in the Official Gazette.

The four buildings are Sin Fong Temple, number 6 building on Calçada do Gaio, St. Michael the Archangel Cemetery, and Feira do Carmo.

According to Macau’s law, IC should establish a buffer area for immovable properties waiting to be classified if there is a need to protect the properties’ urban structure and view.